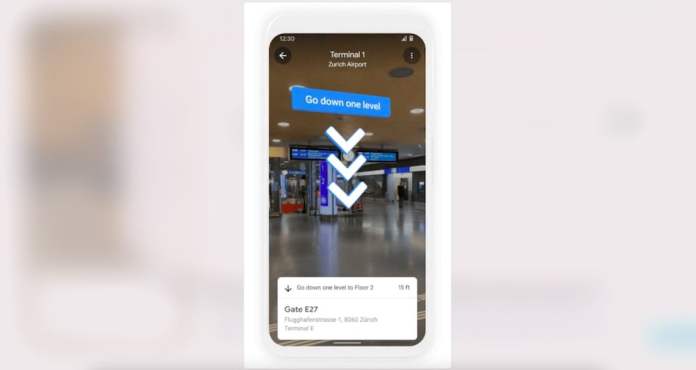 The map service is expected to receive more than 100 AI-based upgrades this year. Today, Google revealed the first new features and improvements, including Live View for interiors.

With the AR navigation introduced in 2019, Maps users can point their smartphone camera at the environment and then receive correctly placed digital navigation aids, such as arrows and signposts. Thanks to AI algorithms, Live View can localize the user’s location and direction of view much more precisely than GPS (see How Google’s AR navigation works).

The AR feature was previously limited to outdoor spaces. Thanks to recent advances in AI-supported image recognition, thanks to which the height and placement of objects in buildings can be analyzed, Live View will soon be extended to special interiors, namely Airports, transit stations and shopping malls.

The improved Live View helps users to find nearby elevators, stairs, toilets and ATMs or the right gate through AR signposts (see following video). Even the floor can show live view.

Indoor navigation is currently limited to a few US shopping centers in Chicago, Long Island, Los Angeles, Newark, San Francisco, San Jose, and Seattle. The feature will be available in selected airports, shopping centers and transit stations in Tokyo and Zurich over the next few months. Other cities are to follow.

Another new feature of Google Maps: The map service should show in the future what the weather is like in the region you are looking for and according to forecasts. You can also check the current air quality (see video below). The former feature will be rolled out worldwide in the coming months, while the latter will first be available in Australia, India and the US.

Google is also planning an ecological route planning. Accordingly, Google Maps will show the route with the in the future lowest carbon footprint provided that the arrival time is approximately the same. If this is not the case, you can compare the CO2 balances of the different routes. Optionally, the function can also be switched off completely. The feature will start later this year in the US and then roll out worldwide.

Another new feature warns drivers when they do Environmental zones to enter. Google Maps shows whether the vehicle is permitted in the zone and suggests alternative routes and means of transport if this is not the case. The feature will start in June in Germany, among others, with other countries to follow.

Last but not least, Google Maps should in future show at a glance which routes and means of transport are available without having to switch between the individual tabs. Thanks to machine learning, the map service automatically prioritizes the modes of transport that you use most often.

For example, if you cycle a lot, you will see more cycle routes. Routes that are particularly popular with the general public are also highlighted. This feature will roll out worldwide in the coming months.

For the more distant future, Google has one greatly improved 3D view provided in promising. For this purpose, Google wants to optimize the technology that sews satellite, aerial and street view recordings into a 3D model (see This is how the impressive 3D world of Google Earth is created). The result should be a far more detailed 3D view. The technology should enable Google to record traffic lights and addresses on buildings itself, which in turn should flow into better navigation.

The following video shows the increased level of detail in the 3D view. It is not known when it will be rolled out.

Competitor Apple is also working on improving its map service and has invested billions in recent years to catch up with Google. Apple Maps also offers detailed 3D views of cities and a street view alternative called Look Around. AR indoor navigation is in development.

The investment is long-term: an excellent map service including an accurate 3D duplicate of the world is the basis for advanced AR applications, of which navigation is only one component. For smartphones and AR glasses from Apple.

Why do so many nurses reject the corona vaccination? “Tatort” star Roland Riebeling: After Corona illness: “It was like dementia” 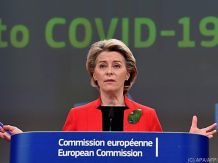