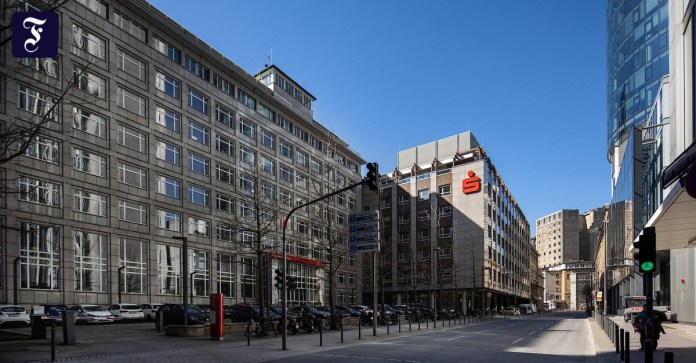 Sind the branches of a credit institute perhaps not as important as everyone thinks? If one is closed in normal times, the outcry is often great. But in April and May of last year, Frankfurter Sparkasse closed no less than a third for a time due to the corona pandemic, and two of the 73 branches have not reopened to this day. And the money traffic did not collapse.

Deputy head of the regional section of the Frankfurter Allgemeine Zeitung and editor-in-chief of the business magazine Metropol.

Instead: The number of online transfers at Frankfurter Sparkasse rose by five percent in 2020, the number of visits to the Internet site by 7.5 percent, the proportion of customers who do online banking by 13 percent and the Number of calls to the service center rose as much as 59 percent. Customers didn’t even need the ATMs as much as they did before the crisis. There was talk of a 19 percent decline in transactions on Friday when the Frankfurter Sparkasse business figures were presented.

During the crisis, customers have finally gone digital. This gives the Sparkasse management new ideas. In future, CEO Ingo Wiedemeier said that the changes in customer behavior will be used as a guide and added: “We will take a closer look at the overall structure of the branches.” But he denied that there were already precise plans. What he said about the small branch in Frankfurt-Hausen, which is still closed, didn’t sound like a guarantee of existence at all: Take a closer look. After all: the second, still closed branch, the one in the Skyline Plaza shopping center in the Europaviertel, should definitely reopen – as soon as the shops there are accessible again.

The business figures have clearly deteriorated

For Frankfurter Sparkasse, a downsizing of the branch network would be a welcome relief on the cost side. Because the business figures have deteriorated significantly in the past year. The low interest rates are increasingly leaving their mark, and because of the Corona crisis, 17 million euros had to be set aside for bad loans, while in 2019 it was just three million. All of this depresses earnings before taxes and ultimately also the annual surplus, the latter by two thirds to just 15 million euros (see grafic).

Countermeasures seem difficult. A little more could be earned with the growing interest of customers in securities. In addition, the topic of negative interest gained in importance last year, but it won’t really be up to date until 2021. The Frankfurter Sparkasse demands 100,000 euros 0.5 percent interest from its customers for deposits of more than 50,000 euros, at the direct bank 1822 Direkt Euros. While this is written into the contracts for new customers right away, it is difficult for existing customers to request the amounts. Wiedemeier said they were looking for a conversation.

Many see real estate as a safe form of investment

In addition, the normal lending business continued almost unchecked, the new commitments in 2020 were 1.6 billion euros and thus only 200 million less than in 2019. Real estate financing remained the growth driver with an increase of a good three percent. The further increase in prices in Frankfurt would not have deterred customers, said Wiedemeier. Many see real estate as a safe form of investment. On the other hand, companies are reluctant to build new buildings.

For the current year, the CEO said he was expecting an increase in risk provisioning in the lending business, i.e. more bad loans. Although he is fundamentally convinced of the stability of the economy in the Rhine-Main area, the obligation to file insolvency applications is only suspended until April 30th.

The number of employees at Frankfurter Sparkasse fell slightly by 25 to 1,595 last year. The bank has set itself the goal of working CO2-neutrally by 2035, aligning its financing and own investments to climate targets and also supporting customers in the transformation to a climate-friendly economy, as Wiedemeier further explained. Investment advice for clients is also based on sustainable criteria.

Preliminary decision in lawsuit Meghan vs. “Mail on Sunday”

Stuttgart album on fun in the snow of the past: “Aus... 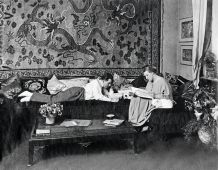 Situation for Federal Council worrying, but no measures