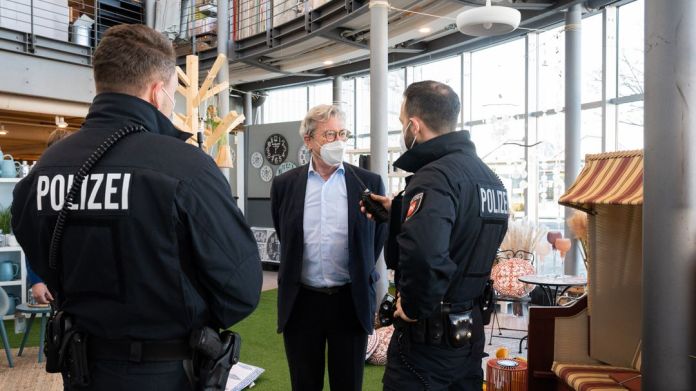 Hannover. With the entry into force of Lower Saxony’s new Corona Ordinance on Monday, new opportunities have arisen for many businesses. Some took advantage of this right away: In Hanover, for example, the furniture stores Staude and Haase opened their doors to visitors for the first time in the morning – with registration and a personal guide through the exhibition. A little later the police came and closed the shops again, as reported by the “Hannoversche Allgemeine Zeitung” (HAZ) on Monday. The reason for the back and forth were different interpretations of rules and incidence values.

Because the Hanover region has fluctuated for weeks around a corona incidence value of 100 new infections per 100,000 inhabitants within a week. And the 100 threshold was declared the new guideline for easing after the last federal-state conference. Accordingly, the state of Lower Saxony has included it in its updated Corona regulation.

The problem on Monday was due to the fact that the Robert Koch Institute (RKI) reported an incidence value of just under 100 for the Hanover region, but one of over 103 for the state of Lower Saxony – which means that Hanover is automatically a “high incidence municipality” according to the ordinance. An argument that the furniture store owners Helmut Staude and Robert Andreas Hesse did not accept on Monday. They were guided by the value of the RKI – and promptly had the shops closed again by the police, as reported by the “Neue Presse” (NP).

Kelly Clarkson: Divorce Degenerates into War of the Roses

A scene can trigger epileptic seizures without a Day 1 patch

Corona in Germany: FFP2 fiasco in Germany? Millions of masks...

That applies in Berlin and Brandenburg