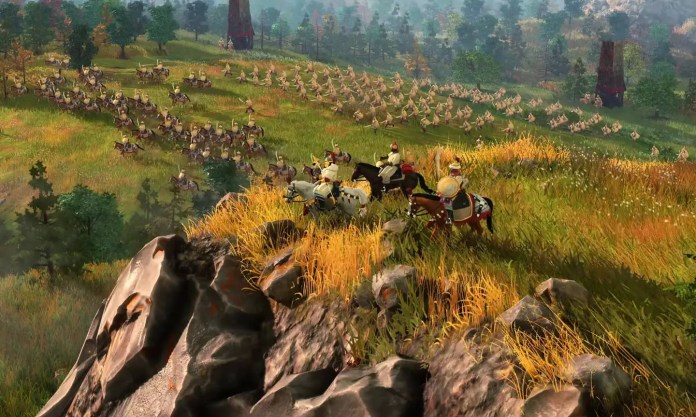 Home page / Games / PC-Games / Age of Empires 4: Are We Going To A Gameplay Showcase In April?

The “old” fans of the real-time strategy can hardly wait any longer: When will something be closed again? Age of Empires 4 shown (Trailer, Gameplay-Showcase or what ever)? When will the game finally get its Release? – Two burning questions from the community that a new report says may soon be answered.

Jeff Grubb from GamesBeat revealed the upcoming events on his Twitter account. Some are shown in public, some behind closed doors to some journalists. One line evokes that Interest of Real-Time Strategy Fans: AOE. After all, we don’t have to wait too long whether we know whether this appointment will take place or not. There should be an Age of Empires 4 event on April 10, 2021. Jeff has spoken about potential Age of Empires news on several podcasts, which leads many to believe that he knows more.

Little has been said about the developing sequel to one of the most popular real-time strategy franchises of all time. Definitive Editions were released in all three previous games, meaning either there was Age of Empire 4 next or one of the spin-offs of the game like Age of Mythology is.

Jeff also reports on a Dying Light 2 developer update on March 17th that has already been confirmed by Techland.

Age of Empires 4: Microsoft has yet to confirm a gameplay showcase

Jeff Grubb is of course a reliable source, but Microsoft must confirm the event beforehand until we are certain. Of course, plans can change or, precisely because the date is out, it could be postponed.

Age of Empires 4 is under development for Windows 10 PC.

Rudy Giuliani asks the woman to take off the mask –...

Germany: Surveys: Some citizens want to save on gifts – Bavaria

242 arrests and more than 2100 searches in Germany