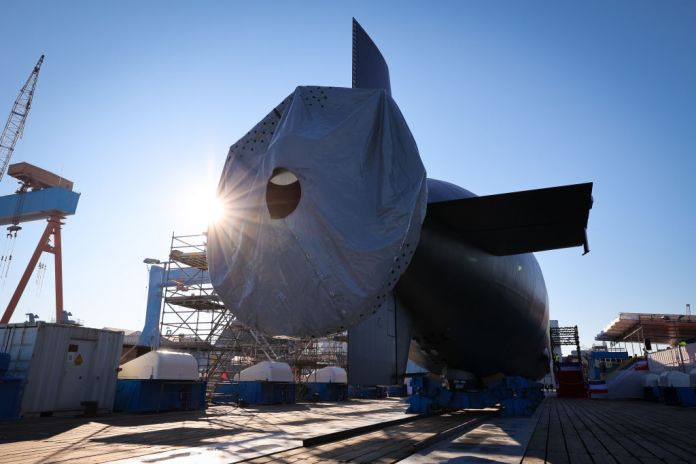 After years of negotiations, Germany and Norway have agreed to jointly purchase submarines from the manufacturer Thyssen Krupp Marine Services (TKMS).

Norway will buy four U212CD submarines for € 4.4 billion. Germany buys two submarines at an as yet unknown price. The Ministry of Defense confirmed the successful contract negotiations at the request of Business Insider.

The two countries had already agreed on the joint submarine project in February 2017. Disagreements about technological details delayed the agreement, and the corona pandemic also recently weighed on the negotiations.

Negotiations have been going on for three years, and not without setbacks, but now all parties have agreed: Norway and Germany have agreed with Thyssen Krupp Marine Systems (TKMS) to buy a total of six submarines.

The contract between the parties was finalized on Monday, the Department of Defense confirmed when asked by Business Insider. Norway will accept four, Germany two submarines of the new U212CD type. The Norwegian Ministry of Defense announced on Tuesday that it would pay about 4.4 billion euros for the deal. The exact price of the two German submarines was not yet known on Tuesday. According to information from Business Insider, it is said to be higher than that for the four Norwegian submarines. The reason is that Germany pays VAT on the purchase, while the Norwegians do not.

“The negotiations were very intensive, but ultimately all parties – the Norwegian side, ThyssenKrupp Marine Systems and we – came to a good, workable agreement,” said Benedikt Zimmer, State Secretary for Equipment, Cyber ​​/ Information Technology and Planning to Business Insider.

From the negotiating circles it was said that, not least, ThyssenKrupp’s financial ideas at the end of the negotiations had taken time and effort. The fact that in the Corona crisis it was only possible to negotiate virtually and not in person made it difficult to reach an agreement between the Norwegian and German claims on equipment and costs for the submarines.

These will not be delivered for many years. Norway is scheduled to receive the first ship in 2029. Germany is entitled to the third and fifth completed submarines. The delivery of the two ships is expected by 2033. From the perspective of the Federal Government, they should not only improve the capabilities of the Bundeswehr, but also international cooperation within NATO. At the same time, shipbuilding is to be strengthened as a key German industry.

“The conclusion of this agreement shows that close, trusting multinational cooperation is possible,” said State Secretary Zimmer Business Insider. “We hope that this will not only send a positive signal to other partners, but also closer cooperation between the maritime industry – national and multinational.” The Ministry of Defense hopes that other NATO partners such as the Netherlands and Poland will also join forces in the future opt for TKMS U212CD submarines. It is argued not only with the success of the German armaments industry, but also with strategic cooperation, technology exchange and a “Nordic field of submarine builders” that is supposed to be more competitive on the world market than any country in itself.

In principle, Norway and Germany had already reached an agreement on the submarine project in February 2017. At that time, Thyssen Krupp was also the supplier. Nevertheless, the finalization of the armaments business took a long time, not least because the aim was to align the technological demands of Norway and Germany on a modern submarine.

In order to finalize the deal in Germany, the Bundestag’s budget committee now has to go through it. It is to be presented there in June. The Ministry of Defense is optimistic that the deal will be approved – it is within the scope of what arms deals have been registered in the 2021 budget.

Froschberg after 3-0 ready for the summit

Record perfect! Friedrich in the “blind flight” to the four-man...

Mars rover “Perseverance” is scheduled to land on February 18th