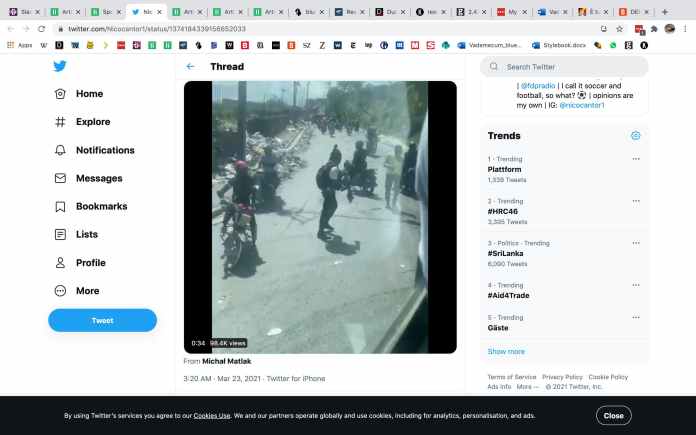 Before their first qualifying match for the 2022 World Cup, the Belize national team was attacked in Haiti.

The players’ bus was stopped on the way from the airport to the hotel by men with assault rifles on motorcycles, the Central American country’s football association announced on Monday evening (local time). The police officers accompanying the team would have had to negotiate with the attackers to enable them to continue their journey.

Upon Belize’s 🇧🇿 arrival to Haiti 🇭🇹 for their World Cup Qualifier, their police escort was stopped by armed “insurgents”

This is the video going around on social media.

Match is set for March 25. Belize has put out an official statement. pic.twitter.com/B3Z0gTfW16

“It’s a situation the team should never have gotten into. Fortunately, the players are now safe in the hotel, ”said the message from the Belize Football Association. Deputy Team Captain Deon McCaulay said: “It was a moment of great fear. Let’s stick together and make the best decision for the team. ” The World Cup qualifier between Belize and Haiti is scheduled for Thursday.

Haiti is repeatedly shaken by violence. Parts of the desperately poor Caribbean state are controlled by armed gangs. In addition, Haiti is currently in a serious political crisis. Most recently there have been violent protests against President Jovenel Moïse, who is accused of corruption and links to violent gangs. Media – SRF introduces rules for gender-sensitive language – they should...