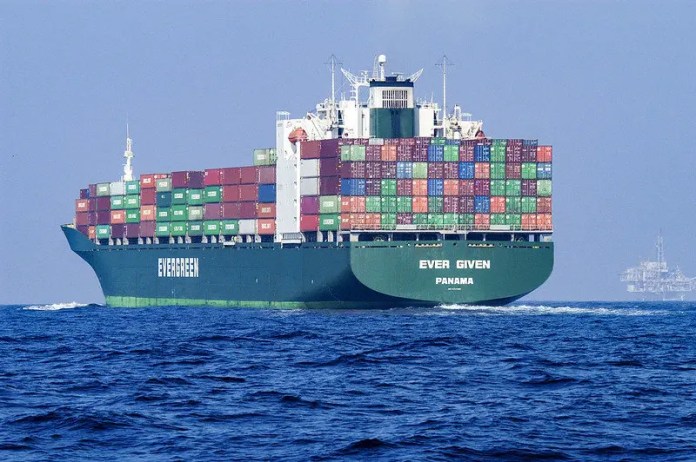 Now the time has come: Germany is flying its flag in the Indo-Pacific. A German Navy frigate will cruise in the Pacific by autumn 2021 at the latest. According to reports, the German frigate is supposed to call at Australia and then patrol the Korean peninsula. Visits to Singapore and Japan are also conceivable. Defense Minister Annegret Kamp-Karrenbauer had a virtual exchange with the defense ministers of both countries in December 2020. The way back should lead through the South China Sea.

With this dispatch of a frigate, the federal government is implementing the Indo-Pacific guideline adopted in September 2021. There Federal Foreign Minister Heiko Maas (SPD) formulated in the foreword: “As a globally operating trading nation and advocate of a rule-based international order, Germany cannot be content with a spectator role in the face of this dynamic development. We have an excellent reputation in many areas of bilateral cooperation and address important issues such as climate and environmental protection, renewable energies and vocational training. Germany maintains strategic partnerships with a number of countries in the region with a large number of common interests. ”

In addition, “Germany must deal more closely with the existential security issues of its proven partners, participate in the formulation of answers and make concrete contributions – by imparting experience and expertise, through responsible arms export control, which also enhances the strategic quality of relations with the countries of the Region takes into account, through arms control policy initiatives, but also through participation in exercises and collective security measures to protect the rule-based order in the implementation of resolutions of the United Nations Course voiced.

Such a trip was planned for 2020. The frigate “Hamburg” was already clear to sea. The trip at that time was scheduled for five months from May 2020. It has been postponed due to the corona pandemic outbreak. A similar duration can now be assumed. During the passage through the Horn of Africa (on the way there or back) the unit could either take part in the EU’s anti-piracy mission “Atalanta” or the European mission to promote maritime security (“maritime awareness”) in the street from Hormuz, EMASOH. Germany has so far only participated politically in this mission, but shines on the surface of the water or in the air because of its absence. In the West Pacific there are opportunities for joint exercises with the navies of the neighboring countries as well as with the US Pacific Fleet. The way back through the South China Sea is politically explosive. China treats this sea area as a separate territorial sea. Ship movements by foreign navies, including the neighbors, are regularly criticized. Crossings along the Taiwan Strait in particular repeatedly cause Beijing’s displeasure. On the other hand, passages in the international sea area (‘freedom of navigation’) are an indispensable element of our rule-based order, which Germany wants to maintain in accordance with the guidelines for the Indo-Pacific.

According to reports, there was “increased need for coordination” within the governing coalition on the general intention to dispatch the frigate, as well as on the itinerary. According to a report by “Business Insider” on February 18, 2021, the Chancellery, the Foreign Office and the Ministry of Defense agreed on the deployment of a naval unit, which was still a matter of dispute in January. In an interview with the “taz” (January 7, 2021), the SPD parliamentary group leader Rolf Mützenich thought it was wrong for Germany to interfere in the “highly dangerous conflict” in the South China Sea. Until the end there were probably still disagreements about the route. Business Insider: “Accordingly, the Chancellery is considering planning a stop in China when visiting the fleet – out of concern that the People’s Republic would otherwise be upset. The Ministry of Defense rejects this, they say there is also skepticism in the Foreign Office. “

For the unit concerned, this will be a journey into uncharted territory. On the one hand, there will probably be a corona-related quarantine on the crew before departure. It is also questionable how the stays in the port will look like. The frigate “Brandenburg” returned to Wilhelmshaven on February 6, 2021, after having monitored the sea area between Turkey and Greece together with other NATO units as part of the Standing NATO Maritime Group 2 (SNMG 2). She was in action for a total of 166 days – without going ashore.

Less conceptually, but with hard dollars, the US is underpinning its policy in this area of ​​interest. The Indo-Pacific Command submitted a $ 4.7 billion bill for the 2022 budget, with an additional $ 22.8 billion over the next five years. “Without a valid and convincing conventional deterrent, China is encouraged to take action locally and globally to weaken US interests,” the 10-page document dated February 27 said. The priorities include not only measures to strengthen missile defense, but also the expansion of the exercise programs and the expansion of cooperation with partners.

The US is increasing its presence in the region without a fixed concept. They are backing the US for its policy in this area of ​​interest with dollars. The Indo-Pacific Command of the US Armed Forces has now submitted a claim of 4.7 billion US dollars for the 2022 draft budget. Another 22.8 billion US dollars are planned for the next five years. “Without a valid and convincing conventional deterrent, China is encouraged to take action locally and globally to weaken US interests,” the ten-page document dated February 27 said. The priorities mentioned are not only measures to strengthen missile defense, but also an expansion of the exercise programs and the expansion of cooperation with partners.

It’s going to be cloudy but dry in Berlin and Brandenburg!...