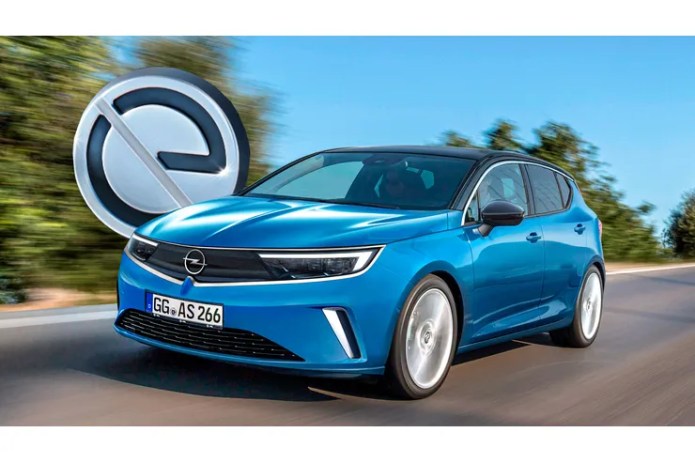 Is there an electric Opel Astra coming?
Yes. No. Maybe.

In the slipstream of the new Peugeot 308, the new Opel Astra will arrive in autumn 2021. As a classic combustion engine and as a plug-in hybrid. And as a BEV? Not immediately. Maybe not at all. But maybe that’s not bad news at all.

Nobody should say that it would be boring at Opel: In 2017, the Rüsselsheim-based company was incorporated into the PSA Group and since then has been relatively humorless but successfully trimmed to profitability. Less than four years later, PSA boss Carlos Tavares forged the new giant Stellantis by merging with Fiat-Chrysler. The most important task for Opel boss Michael Lohscheller: to preserve the traditional carmaker a certain independence between all the Stellantis brands. Probably not a job that requires entertainment tax. But: Innovations such as the Opel Mokka show that they are creative enough in Rüsselsheim to use the standard ingredients on the corporate shelf to create one or two automotive delicacies.

After the mocha, everything at Opel revolves around the new Astra, in the internal generation alphabet with the letter “L”. It changes from the old GM technology to the Stellantis platform EMP2 and thus becomes the technology twin of the Peugeot 308 Important for the main plant: With the generation change, Astra production is also coming back to Rüsselsheim. The EMP2 platform was once introduced at PSA as a “multi-energy platform” and has long since kept this promise: Opel Grandland X and Peugeot 3008 are also EMP2 vehicles and both are also available as high-performance plug-in hybrids (PHEV) in addition to the classic combustion engine offerings. Opel boss Lohscheller confirmed that the next Astra will also be available as a PHEV in an interview with auto motor und sport. And with a view to the new PSE sports models from Peugeot, a comeback of the GSi or perhaps even OPC Opels is also conceivable.

When it comes to platforms, Opel Combo and the next Astra are siblings. Theoretically, it would be possible to use the Combo’s electric drive for the Astra!

How much electricity can the platform do?

The question remains about a fully electric Opel Astra or the matching e-308. Technically, they would be feasible. Because the EMP2 platform is not only capable of plug-in hybrids and combustion engines, but also battery-electric drives (BEV). All of the Stellantis box vans (Partner, Combo, Berlingo) are also based on the EMP2 and are all also available as BEVs. You can save yourself questions about this at both Peugeot and Opel. More than the commitment to the plug-in hybrid is officially not available.

The buttoned-up is not uncommon, no manufacturer is looking into the wrong pots at the wrong time. The facts at Opel, Peugeot and Stellantis do not necessarily only have to do with secrecy, but also pretty much to do with the future technical positioning of the Stellantis brands and their series. But let’s stay with the technical setup of the EMP2 platform for now. Just because it would theoretically be possible to put an EMP2-based battery-electric Astra on the road doesn’t mean that it would make sense. Because: What rolls off the production lines at PSA, or in the meantime Stellantis as BEV-EMP2 cars, are exclusively panel vans or the correspondingly derived family high-roof station wagons such as the Opel Combo E Life. Like its group siblings, it has a 50 kWh lithium-ion battery between the wheels and under the rear bench seat, which drives a 136 hp electric motor on the front axle. This gives the combo a maximum of 130 km / h and a WLTP range of 280 kilometers. We also know the rough technical setup from the Corsa-e, but there are 160 km / h and 337 WLTP kilometers in it. Values ​​with which you can absolutely be seen in the small car segment as well as in the high-roof family station wagons. But also in the compact class?

The crux of the matter is scalability 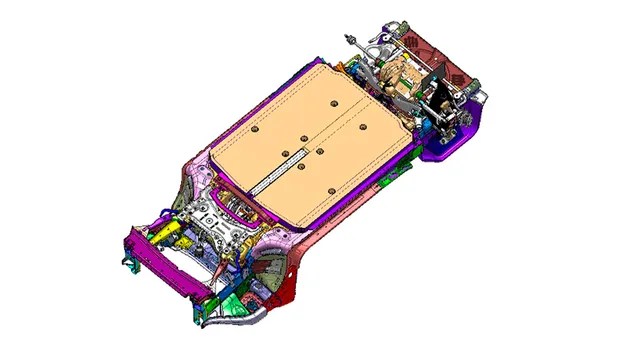 The new eVMP platform, which was developed under the direction of PSA, is scalable in terms of e-drives. Compact electric Opel are also conceivable on it.

Maybe. But probably only if that were the entry-level version of an electric Astra. And that is exactly the point. So far, the scalability of the electric drive has been lacking in order to be able to keep up with the competition from Europe and Asia in the still competitive compact class segment. In other words, we are currently assuming that, at least for the Opel Astra, the announced list of combustion engine versions and PHEV models will remain.

Waiting for a further development of the EMP2-based electric drive is unlikely to be of any use. Too complex and too expensive. This is where strategy comes into play. In order to be successful as a Stellantis group worldwide, it needs as few platforms as possible that work in as many markets as possible. At the moment there are indications that the EMP2 platform at Stellantis no longer has a long-term future. Work on a new platform that will offer significantly more flexibility when it comes to electric drives began in the days of PSA. The platform called eVMP (Electric Vehicle Modular Platform) accommodates the batteries in the entire vehicle floor and thus provides capacities between 60 and 100 kWh. At 50 kWh per meter, a range of between 400 and 650 kilometers can be achieved according to WLTP, depending on the body length. Very important: the platform is also designed for the use of hybrid versions and should in future be able to cover vehicles from the C and D segments – i.e. models in the compact and mid-range.

Because the eVMP is due to start in 2023, it is something like the coffin nail for an electric Astra – at least with a view to the upcoming Astra L generation. But this does not mean that we are prematurely abandoning the idea of ​​a fully electric Opel in the compact class should say goodbye. Between the Astra and Grandland X there is still plenty of space for one or more BEV crossovers, which are much easier to market than such a classic compact hatchback, especially with a view to the international markets. Not that important, do you think? Are you kidding me? Are you serious when you say that! It is not without reason that Opel boss Lohscheller has announced several times that Opel will finally be allowed to expand out into the world. This should begin with a large eVMP-based flagship that will inherit the legendary Monza. In its slipstream, however, there is plenty of room for various smaller eVMP varieties.

Yes this is the future

No, I’ll take a combustion engine

We can almost certainly rule out an Opel Astra-e for the next few years. A complex and expensive investment in the further development of the EMP2 platform is certainly not possible with Stellantis boss Tavares. The Portuguese, who is extremely focused on synergies and profitability, will certainly have nothing against one or the other compact electric Opel based on the new eVMP architecture. Especially not if the new Opel can then be marketed well internationally.

British corona vaccination program to start on Tuesday – miscellaneous from...

Even during the winter tests there were signs of concern

Rapid hopes for a surprise at Arsenal’s guest appearance

Bearish Forecast: Analyst: Aurora Cannabis stock could soon be worth $...

Nine goals in the ice hockey hit: The KAC turns the...