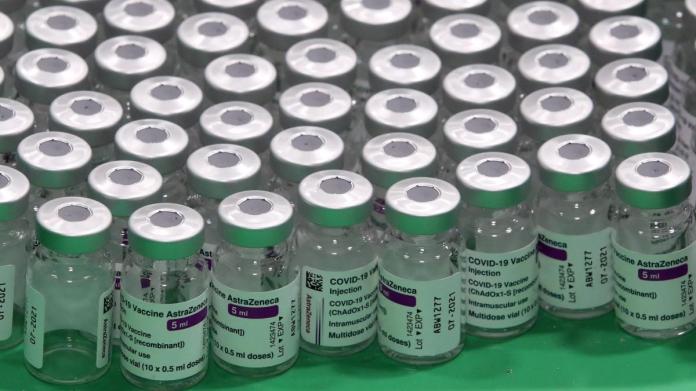 Dhe Italian authorities have made a spectacular discovery near Rome: around 29 million cans are said to be stored in a factory that fills the Covid-19 vaccine from the British-Swedish manufacturer AstraZeneca. The Italian newspaper “La Stampa” first reported on the vaccine store on Wednesday and called it a “hiding place”. The find was subsequently confirmed from circles within the EU.

AstraZeneca is currently far behind with the delivery of its vaccines: Contrary to the contractual agreements, the company has so far only delivered around 16.6 million doses to the EU – originally 120 million doses were agreed, which then gradually increased to 90, 40 and finally 30 Millions had been reduced.

The large amount of vaccine is therefore urgently needed in both the EU and the UK. In the EU to push the continent’s vaccination campaign, which is only progressing at a snail’s pace due to the lack of doses. But London also needs the manufacturer’s vaccine as quickly as possible to give around 15 million citizens their upcoming second dose.

According to information from “La Stampa”, the Italian authorities had been put on the trail of the missing cans by Thierry Breton, the EU commissioner for the internal market. At the beginning of March, Breton visited a production facility for the AstraZeneca vaccine, which is operated by the Halix company, in Leiden, the Netherlands.

It is one of two production sites in the EU – the other is in Seneffe, Belgium. This is also where the AstraZeneca cans come from, which have so far been vaccinated in the EU, because the production in Leiden has not yet been approved by the European Medicines Agency (EMA) for the manufacture of the vaccine. According to “La Stampa”, approval is imminent.

During his visit, Breton wondered where the vaccine doses were that have been made in Leiden since the beginning of February. Because on February 1, the EU had introduced a control mechanism for vaccine exports, according to which manufacturers have to register their export with the EU.

When AstraZeneca did not reply, Breton asked the Italians to inspect the bottling plant in Anagni near Rome, where the Carabinieri carried out an inspection on Sunday night at the behest of Health Minister Roberto Speranza. The Italian government did not comment on the news of the cans found until Wednesday noon. An Italian official said the batches examined were destined for Belgium. All outbound shipments from the factory would be checked by the Carabinieri health unit.

The Bloomberg news agency quoted Mario Gargiulo, President of Catalent’s European business, which operates the bottling plant near Rome, as saying that the Carabinieri had found “everything correct” during their inspection. Gargiulo explained that Catalent would send the bottled branches to Belgium and would not be involved in further sales. According to Bloomberg, the manager said he did not know if the cans were intended for export to the UK.

However, according to information from the newspaper, not all cans currently in stock near Rome come from production in Leiden, which is still awaiting EMA approval, and could therefore only be used in the UK. At least a part was produced in Belgium and therefore approved for use in the EU.

The discovery falls in the middle of the debate about stricter export controls for the corona vaccine by the EU. The EU Commission President Ursula von der Leyen announced on Tuesday that she wanted to initiate stricter controls and, if necessary, more frequent stops, because the vaccine is still so scarce across the Union. A decision on tougher measures is expected on Wednesday.

“The news about the AstraZeneca warehouse with 29 million vaccine doses in Italy stunned me,” said Peter Liese, health policy spokesman for the EPP group. If this is true, it shows that export restrictions are urgently needed. “Countries that are a lot further than we are when it comes to vaccination, and in return do not export anything, will no longer get anything from us.”

The Italian Prime Minister Mario Draghi is also a clear advocate of a possible export ban. At the beginning of March, he had surprisingly brought about a ban on the export of 250,000 doses of the AstraZeneca vaccine to Australia. They too came from the bottling plant near Rome.

In the run-up to the EU Council meeting, which is scheduled for Thursday, Italian media had already reported that Draghi was planning to advocate tougher rules on vaccine exports in order to have more doses available to accelerate vaccination campaigns in EU countries .

On Wednesday afternoon, an AstraZeneca spokesman responded to the Italian newspaper’s report to “correct some inaccurate information about vaccination doses in the Anagni factory”. According to this, exports are currently only planned to member countries of the Covax initiative: 13 million cans, which were also produced outside the EU, are currently being filled in the factory and then sent to countries with low and middle incomes.

Another 16 million cans are currently waiting for quality control before they can be sent to Europe. In addition, almost ten million cans would be delivered to EU countries in the last week of March. The information does not indicate whether these are different doses.

The message closes with the statement that it is incorrect to refer to the 29 million cans as “supply”. “The manufacture of vaccines is very complex and time-consuming. In particular, the vaccine doses have to wait for quality control approval after the vials have been filled. “

Nephew of underworld boss in a coma: The motive behind clan...

RB Leipzig: “Don’t have the duty to become champions”

Opposition in Kuwait wins almost half of the parliamentary seats

Corona in Berlin: First bankruptcies on the wholesale market