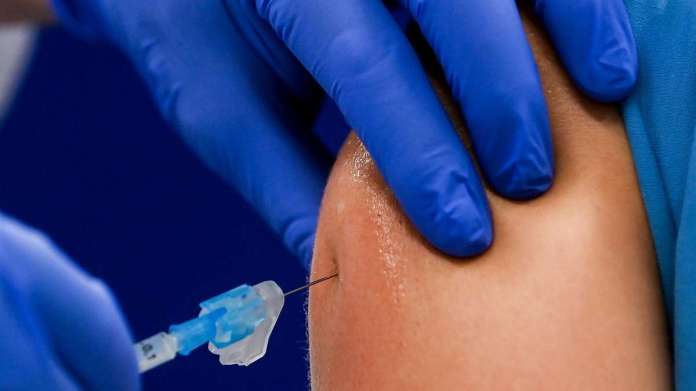 The Astrazeneca vaccine hit the headlines again. A clinic employee in Germany died after being vaccinated. The affected university hospital suspends vaccinations for risk groups.

Update from March 26th, 3:54 p.m.: Twelve days after an Astrazeneca vaccination, a nurse (49) from the Rostock University Hospital died. The clinic does not want to give certain groups of people the Astrazeneca vaccine for the time being.

As the radio station NDR 1 Radio MV reports, the vaccinations should be suspended in people with high blood pressure or overweight as well as in women who take the pill. Around 1,000 employees of Rostock University Medical Center have so far been vaccinated with the vaccine, said a spokesman according to NDR. And, AstraZenca is a vaccine that works well. The clinic is currently in contact with the Paul Ehrlich Institute. Information is still pending. Also when a second vaccination should be carried out.

An autopsy should clarify the cause of death of the 49-year-old who died. According to the university medicine, the woman died on Wednesday evening in the neurology clinic (see first report below).

Rostock – The effectiveness of the Astrazeneca vaccine has been proven beyond doubt, but the vaccine still regularly makes headlines. While in Austria a nurse died shortly after the administration of the active substance and a colleague had to be treated seriously ill in the hospital, Denmark also reported two seriously ill hospital employees. One of them is said to have died after being vaccinated with the Astrazeneca vaccine. Now there is apparently another case in Germany, a 49-year-old died a few days after the vaccination.

Astrazenca vaccination in Germany: woman dies in Rostock – she had apparently suffered a brain thrombosis

As the Unimedizin Rostock explains, the 49-year-old died eleven days after the administration of the Astrazeneca active ingredient. Accordingly, there should be an indication of a connection between the vaccination and the serious complications. However, a final connection must be finally clarified. However, initial examinations had apparently shown that the clinic employee had suffered a thrombosis in the brain.

As the Unimedizin Rostock further reports, the 49-year-old died on Wednesday in the neurology clinic. She should also be an employee of the clinic. There are first indications of a “vaccine-related incident following a Covid-19 primary vaccination with the AstraZeneca vaccine”. How the NDR presented the chairman of the board, Prof. Dr. Christian Schmidt quotes that although a conclusive connection has not yet been confirmed, the incident was reported to the Paul Ehrlich Institute.

As Schmidt confirmed to NDR 1 radio, the woman was found unconscious in her home by her husband. The woman was given the vaccine 11 days earlier, but shortly afterwards she had only mild symptoms. Schmidt went on to explain that the 49-year-old had certain risk factors. The hospital employee should be autopsied this Friday.

The chairman of the board, Prof. Dr. Christian Schmidt made it clear to the portal that it must now be clarified quickly whether people with risk factors should be vaccinated with the Astrazeneca vaccine at all in the future. In an interview with the Ostsee-Zeitung, Schmidt explained: “We have agreed internally that we will not vaccinate people who are overweight or high blood pressure with the Astrazeneca vaccine for the time being.” Baby pill taken.

The EMA gave the green light for the vaccine to be administered, claiming that the vaccine would be too useful for the population. Side effects after administration are very rare. Meanwhile, researchers from Germany made a groundbreaking discovery. They were able to prove the causes of the severe brain thrombosis after the administration of the Astrazeneca vaccine.

Why the demo could be banned

Frankfurt can plan with operations from Rode and Hinteregger 1244 dead in one day: RKI registers the next sad record