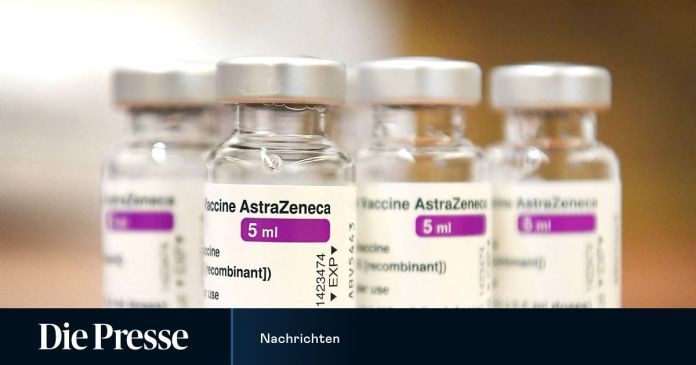 Italian inspectors found stocks that had previously been kept secret in a bottling plant of the British-Swedish pharmaceutical company near Rome. The EU Commission now demands accountability.

A few hours before the European Commission’s decision to ban the export of Covid-19 vaccines to countries with higher vaccination quotas and to countries that do not export anything themselves, the British-Swedish pharmaceutical company AstraZeneca causes a scandal: A search of the bottling plant of the Group in the municipality of Anagni in south-east Rome by Italian state inspectors brought to light 29 million vaccine doses that the group had previously kept secret. The French radio station Europe 1 reported on Wednesday morning. The Italian newspaper “La Stampa” also reported that these cans were intended for export to the United Kingdom.

To better understand the magnitude of this find: so far, AstraZeneca has only delivered around 30 million cans to the EU states, although according to the contract with the European Commission it should have delivered around 100 million cans by the end of March. For months, the group has been suspected of privileging the UK at the expense of the EU.

The search was triggered by a request from EU Internal Market Commissioner Thierry Breton to the Italian authorities. He heads the Commission’s vaccination working group and tries to determine the actual production volume of AstraZeneca, after the group has so far only given vague information about it to state authorities.

An EU summit of heads of state and government is on the program on Thursday and Friday. Chancellor Sebastian Kurz (ÖVP) warns of a split in Europe due to the issue of the distribution of corona vaccines. “We cannot have any interest in the fact that the gap within the European Union is widening more and more in terms of vaccination coverage for the population and that we are thus creating second-class EU member states,” Kurz told the German daily “Welt” on Wednesday.

Xiaomi doesn’t surprise when it comes to storage

Ski World Cup: “Farce”, “Faschingsscherz” – the press about the parallel...

Heidi Klum on Leni Klum: will your daughter be the successor?