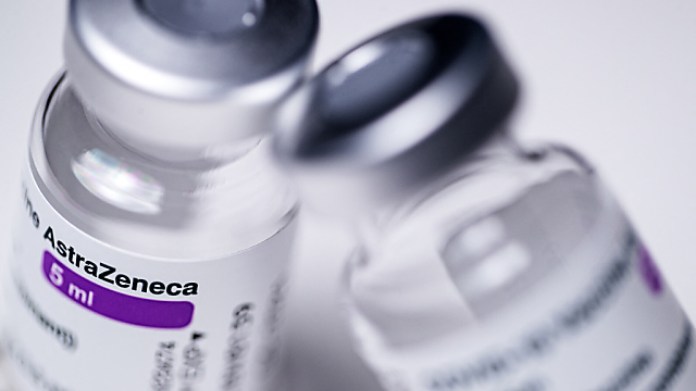 The controlled batches at a location of the Catalent company in the small town of Anagni 30 kilometers south of Rome should therefore be exported to Belgium. All batches leaving the Anagni site are currently being checked by the Carabinieri, the government said. The reason for the controls was a report from the EU Commission. You have asked Prime Minister Mario Draghi to check some vaccine batches at the Anaghi site. Draghi then informed Health Minister Roberto Speranza, who had suggested the inspection, it said on Wednesday in Rome.

“We suspected that AstraZeneca had more production capacity in Europe than they had stated,” an EU representative in Brussels told the AFP news agency on Wednesday. EU Industry Commissioner Thierry Breton therefore asked the Italian authorities to inspect the plant. AstraZeneca had unilaterally cut its deliveries to the EU drastically: Instead of the originally announced 120 million vaccine doses, only 30 million should come in the first quarter and 70 million instead of 180 million doses in the second quarter.

The EU representative did not provide any information about the destination of the vaccine found. According to the AFP, informed circles said that AstraZeneca had stated that 16 million of the doses found were intended for the EU and 13 million for the international vaccination initiative COVAX. “La Stampa” reported, however, that the vaccine should be exported to the UK. There was also uncertainty about the origin of the active ingredients in the cans filled in Italy. “We now have to check whether the active substance in these vaccines was manufactured in the EU in facilities approved by the EMA,” said the EU representative.

AstraZeneca refused to comment on the reports on Wednesday. The agency of the British-Swedish vaccine manufacturer in Italy said in response to an APA request that no comment was currently planned.

Catalent fills ampoules with the anti-Covid vaccine on behalf of the British-Swedish vaccine manufacturer AstraZeneca. At the beginning of March, Rome stopped a delivery of 250,000 vaccine doses from the manufacturer AstraZeneca to Australia, which had been produced in Italy. The Italian Prime Minister Mario Draghi had called on the EU Commission to crack down on pharmaceutical companies that did not meet their obligations with the EU to deliver vaccines.

Survey shows: Austrians want to save less in future – Austria

Restaurateurs are hoping for the return of German tourists

After Liebig evacuation: Fewer criminal offenses in the Nordkiez

Cheyenne Ochsenknecht: “My blessing”: You have never seen her so in...