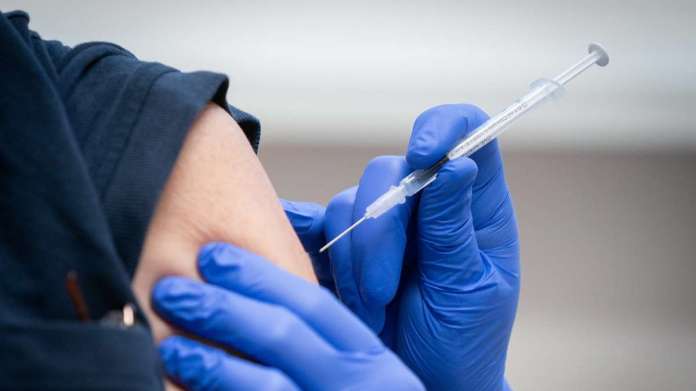 At the beginning of March she received her Astrazeneca vaccination, and a nurse from Bavaria died just two weeks later. Investigations are now underway.

Immenstadt / Kempten – In the Allgäu, a 55-year-old nurse has died after a vaccination with suspected cerebral vein thrombosis (blood clots in the brain). The Astrazeneca vaccine * had previously been administered to the employee at the Immenstadt Clinic, as announced by the Oberallgäu district and the Kempten Clinic Association on Monday (March 22nd). A causal connection with the vaccine could not be ruled out, it said from Immenstadt.

According to initial media reports, the nurse was vaccinated with the first dose of Astrazeneca on March 3rd. Seven to eight days later, she suffered severe symptoms and came to the hospital with a severe headache. On the third weekend in March, the woman finally died in the Kempten Clinic.

After initial examinations, doctors apparently assume a cerebral vein thrombosis and do not rule out that the nurse’s death was related to the vaccination. An autopsy of the corpse should now also provide information. The Paul Ehrlich Institute (PEI), which is responsible for dealing with vaccination complications, is already dealing with the case. In Bavaria, a 37-year-old had previously died after being vaccinated with the controversial vaccine. In this case, too, it has not yet been clarified whether there is a connection *.

For all employees, the news was a great shock, Ricardo Felberbaum, Medical Director of the Kempten Clinic, is quoted in a press release. According to the Paul Ehrlich Institute, the number of reported sinus vein thromboses, a special form of cerebral vein thrombosis, increased to 14 after vaccination with the Astrazeneca vaccine by last Friday (March 19).

The EU Medicines Agency (EMA) had declared the Corona * vaccine from the British-Swedish manufacturer Astrazeneca to be “safe and effective” in mid-March after a review *. The benefits outweigh the risks, according to reports of cerebral vein thrombosis related to the vaccination. In Germany, the temporarily suspended vaccinations with Astrazeneca were then resumed.

Several cases in Austria had previously caused a stir. A connection between a death and the Astrazeneca vaccination has now been confirmed. However, the expert Sabine Eichinger from MedUni Vienna also said in an interview with ORF: “This event is very, very rare and will only occur in very few patients”. (lks / afp)

The federal and state governments advise on how to deal with...

More deaths in lockdown than in 42 years – corona virus

Lauberhorn races should take place! Green light from the authorities...

Stuttgart: Danger of congestion on A 81 between Stuttgart-Zuffenhausen and Stuttgart-Feuerbach...