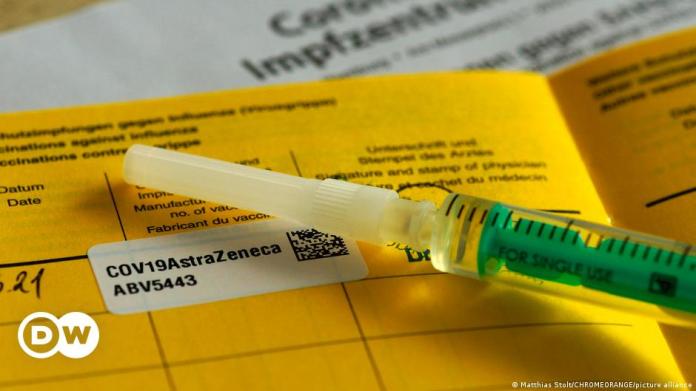 According to a decision by the federal and state health ministers, the corona vaccine from the Swedish-British manufacturer AstraZeneca will only be used on people who are older than 60 from Wednesday. But even younger people should be able to continue to be vaccinated with it “at the discretion of the doctor and in the case of an individual risk analysis after careful information”, as the decision of the ministers shows. Federal Minister of Health Jens Spahn and his country colleagues had arranged to meet for a quick crisis meeting after several federal states had stopped the inoculation of the AstraZeneca vaccine as a precaution.

AstraZeneca approved for everyone over 60 without restriction

In the decision of the heads of department, the federal states are also offered “to include 60 to 69 year olds in their vaccination campaign for this vaccine”. This gives the opportunity to “vaccinate this particularly endangered and numerically large age group more quickly in view of the growing third wave”.

If people who are younger than 60 years of age decide in favor of AstraZeneca together with a vaccinating doctor, the vaccine should generally be administered in the practices of established doctors.

Before the ministers’ decision, the Standing Vaccination Commission (Stiko) had recommended that caution should be exercised with those under 60. According to the Stiko press release, the recommendation has been changed “on the basis of the currently available data on the occurrence of rare but very severe thromboembolic side effects” in younger people who have been vaccinated. Stiko intends to make a supplementary recommendation by the end of April for the administration of the second vaccine dose to people under 60 years of age who have already received the first dose of the AstraZeneca vaccine.

Previously, new cases of sinus vein thrombosis, a special form of very rare cerebral vein thrombosis, in connection with an AstraZeneca vaccination had become known in Germany – mainly in women. This is a blockage of one of the large venous blood vessels in the brain with a blood clot.

According to its own information, Astrazeneca wants to work with the German authorities to clarify questions about the corona vaccine. A corporate spokesman said the company continues to analyze its data to provide additional information. He pointed out that neither the UK authorities nor the EU Medicines Agency (EMA) had yet established a causal link between the vaccine and incidents of blood clotting.

Germany – and numerous other European countries – had already temporarily suspended vaccination with AstraZeneca in March after cases of thrombosis in the cerebral veins had been reported in connection with the vaccination. However, the drug agency EMA later confirmed the safety of the vaccine, and the Standing Vaccination Commission in Germany also spoke out in favor of the continued use of the drug.

Denmark and Norway do not abuse AstraZeneca

Since then, the vaccine has been re-administered almost everywhere – but not in Denmark and Norway. The local health authorities require additional studies on side effects. In Sweden, the corona vaccine is only recommended for people aged 65 and over.

In Germany so far (Monday noon, March 29), 31 cases of sinus vein thrombosis after administration of the vaccine from AstraZeneca have become known, as the Paul Ehrlich Institute announced. In addition, thrombocytopenia – a lack of thrombocytes (blood platelets) in the blood – was reported to the institute in 19 cases. In nine cases, those affected died, said the institute responsible for vaccine safety.

Homemade corona vaccine: the tinkerer with the wonder drug