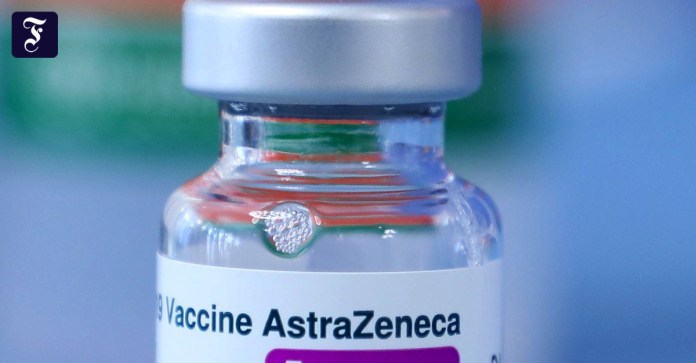 DAccording to an important Italian newspaper, the British-Swedish vaccine manufacturer Astra-Zeneca is hoarding 30 million vaccine doses in the warehouse of a factory in Anagni, 70 kilometers southeast of Rome. The report by the Italian newspaper “La Stampa” was confirmed by the German Press Agency in Brussels on Wednesday.

The vaccine was therefore manufactured in the Dutch factory Halix in Leiden and then bottled in Italy. EU Commissioner Thierry Breton is said to have found out about the supposedly secret reserves in Italy during a factory visit to a contract manufacturer for Astra-Zeneca in Leiden. A contract manufacturer named Catalent produces there for Astra-Zeneca. The reason for the inspection should have been to get an overview of the production quantities of AstraZeneca, which the manufacturer always leaves in the vague.

The 30 million vaccine doses are almost double the amount that Astra-Zeneca has so far delivered to the countries of the EU. Astra-Zeneca had repeatedly told EU countries that deliveries had to be cut.

The Chairman of the EPP Group in the European Parliament, Manfred Weber, was outraged on Twitter. The fact that Astra-Zeneca was hoarding vaccine in Italy is unacceptable in view of the shortage. The EU must categorically ban the export of Astra-Zeneca vaccine, which was manufactured in the EU.

Formally, there is the problem that the production site in Anagni has not yet been certified by the European Medicines Agency Ema. The allegedly held available 30 million vaccine doses should not be used immediately in the countries of the EU. In the newspaper “La Stampa”, however, it is assumed that there is a strategy behind this. Astra-Zeneca may have deliberately delayed the approval process for the site in Italy so that no other route than export remains for the vaccination doses produced there. The accumulated vaccination doses would be needed by Great Britain to enable the population there to have a second vaccination. So far, the existing vaccination doses have been used to vaccinate as many British people as possible only once.

The UK government had shown itself to be more willing to take risks than the EU Commission when it came to certification and approval of vaccines. While the Commission had long negotiated that the manufacturers would assume full liability in the event of problems with vaccines, the British government had had Astra-Zeneca carry out an “emergency approval” for the vaccine. However, this is apparently also associated with the assumption of liability by the British state.

British Prime Minister Boris Johnson reportedly put himself in a celebratory mood at a meeting of the Conservative parliamentary group on Tuesday evening because of Britain’s great lead in supplying vaccines and vaccinating the population. According to the public broadcaster BBC, Boris Johnson said Britain’s success was made possible by “capitalism and greed”.

Afterwards, however, he had the MPs informed that he was withdrawing the statement that they should all be deleted from their minds. When Boris Johnson talks about the British vaccine, he always proudly speaks of “Oxford Astra-Zeneca”.

“La Boum” star is dead: he delighted an audience of millions...

After arrest: new questions in the “Ibiza” affair – FAZ –...

Coronavirus in Germany: Angela Merkel: Have the hardest months of the...