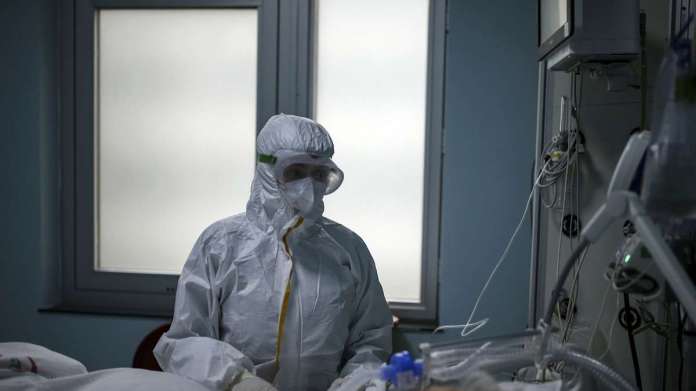 The vaccine from the manufacturer Astrazeneca has been criticized for weeks, a nurse in Austria died after it was administered. Now there is obviously a connection.

Vienna – The corona virus * has been causing uncertainty all over the world for around a year. The vaccines approved at the end of 2020 could now pave the way out of the pandemic. While the vaccination strategy * in Germany is rather sluggish, the vaccine from the manufacturer Astrazeneca has caused uncertainty among the population in recent weeks. After several people had suffered serious side effects after the Astrazeneca vaccination, and even deaths became public, there is now certainty. Apparently the trigger for the death of a nurse in Austria is actually the Astrazeneca vaccine.

Corona in Austria: After the death of a nurse – connection with vaccination has now been confirmed

It was disturbing news that made the rounds from Austria at the beginning of March. As the ORF reported, citing the Austrian Federal Office for Safety in Health Care, two critical cases occurred in the Zwettl state hospital after the corona vaccination with the vaccine from the manufacturer Astrazeneca. The two women were two nurses, and both received their vaccinations from the same batch of vaccine. While a 49-year-old nurse died ten days after the vaccination, her 35-year-old colleague from the Zwettl State Hospital was struggling with a pulmonary embolism.

Although a connection between the two cases and the previous vaccination with the vaccine from the manufacturer Astrazeneca could not initially be confirmed, Austria initially stopped issuing the affected batch. But now there is obviously certainty: As NÖN reports with reference to the Vienna General Hospital, experts apparently came to the same conclusion as the researchers from Greifswald. “The Germans came before us,” says NÖN, quoting a source from the Vienna General Hospital, not mentioned by name. The researchers had confirmed a connection between a vaccination with the Astrazeneca vaccine and the severe brain thrombosis on Friday.

As the NDR reported on Friday, March 19, the researchers actually made a groundbreaking discovery. According to this, the vaccine triggers “a defense mechanism” in some people. When administered, the vaccine “activates” the blood platelets, so-called thrombocytes. This process normally only takes place when the wound is healing, when the blood coagulates. This normally closes a wound.

However, the Astrazeneca vaccine could trigger precisely this mechanism, resulting in a blood clot. Apparently mostly in the brain. Which groups of people are particularly affected by the process, or whether the thromboses are random processes, has not yet been publicly communicated. However, Jens Spahn already indicated at a press conference on Friday that women would have a vaccination privilege who took the contraceptive pill *.

For the research, the doctors from Greifswald also had access to the blood samples of the deceased Austrian nurse. “The cause should be so,” confirmed Karin Fehringer, spokeswoman for the AKH Krone.at. Nevertheless, an investigation by independent experts should investigate the case further, the results of the autopsy would also take a few more weeks.

It was not until Thursday, March 18, that the EMA gave the green light for the active ingredient. A connection between the vaccination and the serious side effects had previously been investigated. “This event is very, very rare and will only occur in very few patients,” said Sabine Eichinger, an expert at MedUni Vienna, in an interview with ORF. *Merkur.de is an offer from IPPEN.MEDIA

Zurich hospitality industry in the Corona crisis – 3400 jobs are...

Germany seventh in the Happiness Report: Finland is the happiest country...

Memorial stone for victims of terrorist attack in Vienna unveiled

Watch the men’s slalom in Adelboden on free TV and live...