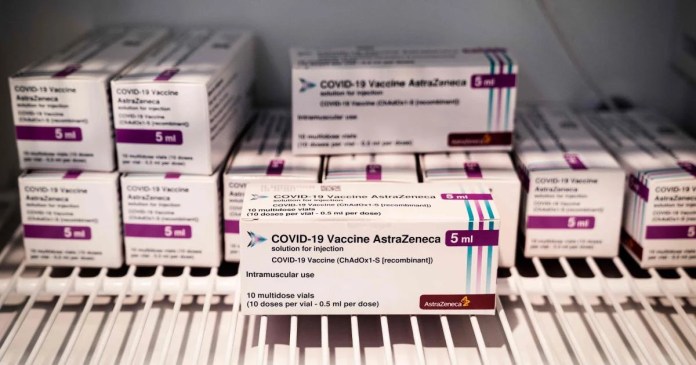 The EU expected 120 million doses of the vaccine but received only 30 million.
Astrazeneca corona vaccine produced in the EU is not supposed to leave Europe for the time being. “We have the tools and will ensure that everything stays in Europe until the company meets its commitments again,” announced EU Internal Market Commissioner Thierry Breton on Friday. The British-Swedish group is accused of failing to fulfill supply agreements with the EU. Astrazeneca drastically reduced its deliveries due to production delays.

“I just remind you that we expected 120 million cans in Q1, and in the end we got 30 million,” said Breton, referring to the first quarter of 2021. “So we had a problem with this company.” Breton asked clear that there are no problems with other manufacturers. Biontech / Pfizer and Moderna even exceeded their commitments to the EU.

On Wednesday, the EU tightened its supervision of coronavirus vaccine exports and gained more opportunities to block deliveries to countries that have higher vaccination rates, such as the UK, or that do not leave the vaccine doses produced in each country out of the country.

Breton commented on a visit to the pharmaceutical company Reig Jofre in Barcelona, ​​which is due to fill the Johnson & Johnson vaccine from mid-June. Europe should be the world leader in coronavirus vaccine production by the end of the year, Breton said. 52 production sites are involved in the process across the continent. In the summer, possibly around mid-July, the EU could have vaccinated enough people to achieve “global immunity”.

Hansa Rostock wants to sell the Ostseestadion to the city |...

Kiko and Magdici play down rape

Prince Philip still in the hospital – Harry is already preparing...

Federal government wants to promote the expansion of cycle paths |...