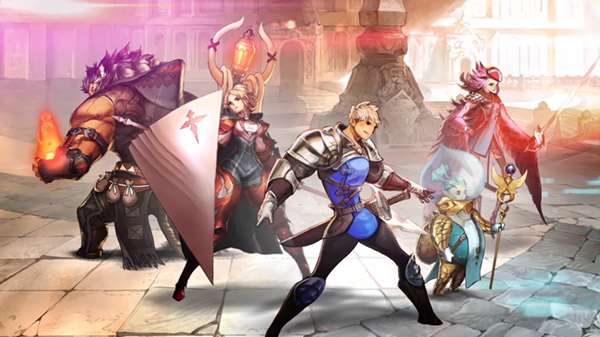 A few days ago the news spread that the new Japano role-playing game “Astria Ascending” is being developed under the direction of the former “Final Fantasy” developer Kazushige Nojima. Now those responsible at Artisan Studios and Dear Villagers have officially announced the role-playing game for the PlayStation 5, PlayStation 4, Xbox Series X / S, Xbox One, Nintendo Switch and PC. The publication should take place this year.

Eight heroes to save the world

With “Astria Ascending” the developers want to offer an epic adventure with the charm and demands of a classic Japanese role-playing game and tell a story about fate, sacrifice and new beginnings. The players will take control of the demigods in a world threatened by chaos. It is a ragged troop of eight heroes who carry the fate of the world on their shoulders.

Each character should have their own story to offer, which is stretched over five cities, 25 dungeons and 30 hours of gameplay in the world of Orcanon. For the full game you should need up to 50 hours of game time. In addition to turn-based battles, side quests, mini-games and a dynamic weather system will also be available.

Julien Bourgeois, Game Director of Artisan Studios, said in the context of the announcement: “In Astria Ascending we wanted to explore how people get along in extraordinary times. Each hero has their own perspective, but it’s the relationships they build with one another that really bring the story to life. ”

In order to get a first impression of “Astria Ascending”, those responsible have also provided the first trailers.

Who is showing / broadcasting the New Year’s jump in Garmisch-Partenkirchen...

Jena calls out a disaster after a district heating accident

BMI and Corona: A certain weight should protect against severe Covid... Rendi-Wagner for “Christmas rest” with high numbers of infections

The Bachelorette: The 1st couple photo of Melissa and Leander is...