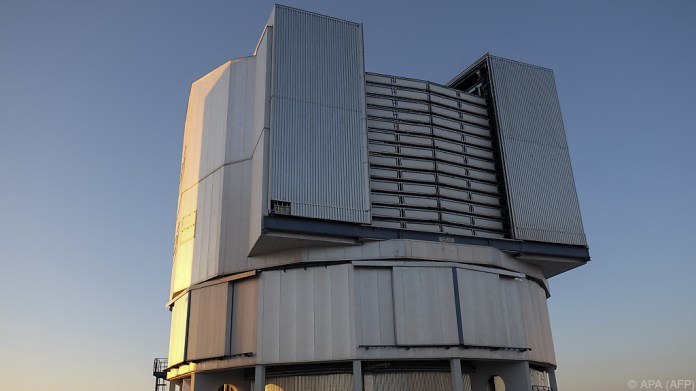 An international team of researchers has for the first time observed thread-like structures of the cosmic web with the “Very Large Telescope” (VLT) in Chile. These filaments connect distant galaxies and can be billions of light years long. The team, headed by the Center de Recherche Astrophysique of the French University of Lyon, reports on the discovery in the journal “Astronomy & Astrophysics”.

Examined a single region of the sky for 140 hours

Accordingly, the results suggest that the observed radiation surprisingly does not come from the cosmic ultraviolet background, but from a previously invisible population of billions of very small galaxies. “In the current cosmological model, small galaxies are viewed as elementary building blocks, which over time combine to form more massive galaxies such as the Milky Way”, the Geneva astronomer Thibault Garel was quoted as saying in a communication from the University of Geneva. The existence of a large population of dwarf galaxies would therefore have consequences for the understanding of galaxy formation and evolution.

The discovery of the spider web-like structures was made possible by the powerful 3D spectrograph called MUSE (Multi-Unit Spectroscopic Explorer), which is installed at the VLT of the European Southern Observatory ESO. During eight months, the astronomers examined a single region of the sky for a total of 140 hours, which is located in the so-called “Hubble Ultra Deep Field” (UDF). This is a deep take of space.

However, the current survey revealed many more galaxies than the UDF: 40 percent of the galaxies discovered had no counterpart in the Hubble images, wrote the Center National de la Recherche Scientifique (CNRS) in Paris in a press release.

The gas threads, which have also become visible through data analysis, are located in the young universe, said Garel. They would span millions of light years.

Further exploration of the young universe

According to the scientists, the discovery paves the way for advances in the exploration of the young universe. The characterization of the cosmic web in the distant universe is one of the main goals of the “BlueMUSE” instrument, which should go into operation at the VLT by 2030, said the Geneva astronomy professor Anne Verhamme and co-responsible for the BlueMUSE project.

2K and Visual Concepts take over the game division of HookBang

First OnePlus Watch presented: Everything about design, price and features Summit easing and emergency brake: Merkel and ministers are discussing this...