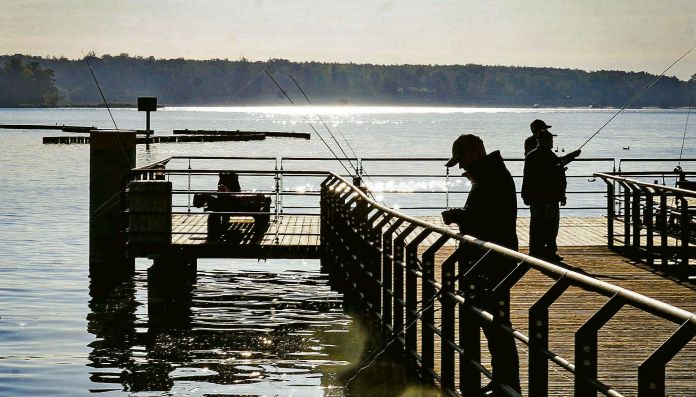 Berlin – While two thirds of the population in Israel are vaccinated and vaccination is also in full swing in Great Britain and the USA, the Germans are in permanent lockdown. So that the clinics are not overloaded, infections must be reduced, that much is clear. But otherwise?

At least you can rely on the German bureaucracy. Each federal state creates its own rules. In Berlin, too, there was a jumble of regulations and exceptions that hardly anyone understood. Even fishing on the river was forbidden and sunbathing in the park was only allowed if you weren’t on a blanket. Some of the rules are still so vague that every would-be sergeant feels called to reprimand citizens.

Now there are new bizarre things to report from Berlin: Employers have to test their employees for Corona twice a week. How a carpenter with four employees is supposed to do this remains the secret of the Health Senator and the Governing Mayor.

Berlin entrepreneurs also have to force half of their office workers to work from home. Most of them do that anyway and have invested heavily in their IT systems. The goal of reducing mobility and commuting is unlikely to be achieved because more and more citizens want their constitutional freedoms back. It will also be interesting to see how the excessive requirements are still to be checked.

In contrast to other countries, the federal government screwed up the vaccine purchase. He and the federal states did not manage to organize mass tests for a long time. For this they are masters in inventing rules. In Berlin, the economy is now expected to atone for the omissions even more than it has already done.

The efficiency of a state and a government becomes apparent in crises. We know her now.

Investigations on gaming platforms: “Definitely some catching up to do”

Common side effects: AstraZeneca vaccination stopped in parts of Sweden

When do you actually need salt in the dishwasher?

Gigantic hole opens up: parking lot of a Corona hospital in...