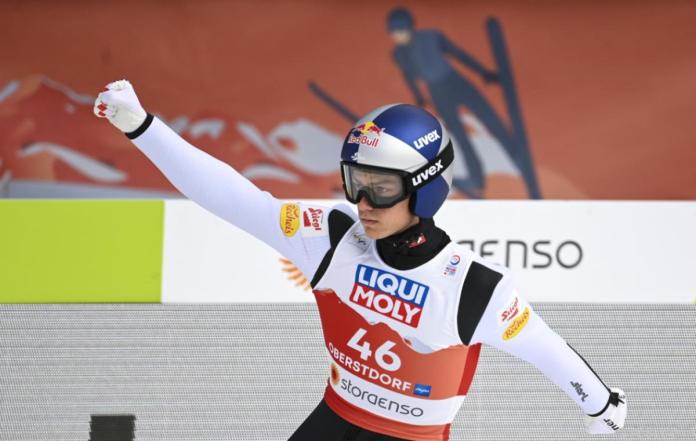 The 19-year-old Johannes Lamparter from Tyrol won gold in the large hill competition ahead of top favorite Jarl Magnus Riiber from Norway on Thursday in the title fights in Oberstdorf.

At the age of 19, Johannes Lamparter is world champion in Nordic combined. The Tyrolean won gold in the large hill competition ahead of top favorite Jarl Magnus Riiber from Norway on Thursday at the title fights in Oberstdorf. He is the second combined individual world champion from Austria after Bernhard Gruber 2015 in Falun. In Oberstdorf, the World Cup debutant had already achieved bronze with the team, in the normal hill competition he was seventh.

His title is the fourth medal for Austria in the Allgäu, the second in gold after the team victory of the female ski jumpers. In the 10 km cross-country skiing, the junior world champion confidently defended his clear lead after the jumping and triumphed 37.1 seconds ahead of the normal hill winner Riiber. Bronze went to the Japanese Akito Watabe (+45.8). Lamparter’s teammates Lukas Greiderer, Mario Seidl and Lukas Klapfer did not come close to the medal.

Haas team boss on Mick Schumacher: “We will make the announcement...

The brief happiness of the mulled wine seller

Switch Pro: Analysts predict a record year for Nintendo in 2021

Maite Kelly: fatherly joys! Ex-husband Florent shows up with his...

Rosins Restaurants: Rosin gets the snack going – with a sad...

Moselle to Remstal: is the best red wine coming from Germany...