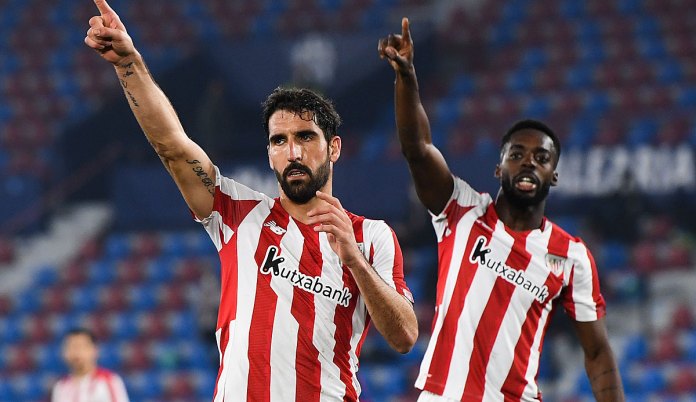 Two cup winners within two weeks? What sounds impossible, Corona and the traditional Spanish club Athletic Bilbao could make possible. After the pandemic-related catch-up final from last season, the Basques will play again for the Copa del Rey on April 3 against Real Sociedad 14 days later against FC Barcelona.

Both finals will take place in the Olympic Stadium in Seville (La Cartuja). Bilbao made it into the second final on Thursday evening with a 2-1 nV in the semi-final second leg at UD Levante. Alex Berenguer (112.) scored to win.

With this coup, the 23-time cup winner even made it onto the front page of the Marca, which is usually occupied by record champions Real Madrid. “Athletic is unique!” Was the headline, the club is having “a magical year”.

The cabin party was accordingly wild. As in the Supercup success, striker Asier Villalibre took the trumpet out in mid-January with wins over Real (2: 1) and Barca (3: 2 a.d.) and let his colleagues dance.

“These players go down in the club’s history. The fans should be proud of them,” said coach Marcelino, who took over Bilbao in early January. Now the table tenth in the Primera Division can win three titles in just 90 days.

Poulsen and Villalba could leave, Lang should stay

“Riverboat”: Schlager stars not there! MDR speaks of illness –...

Coronavirus – delays in vaccination start in the resident area in...

Now Vettel has the same engine as Hamilton