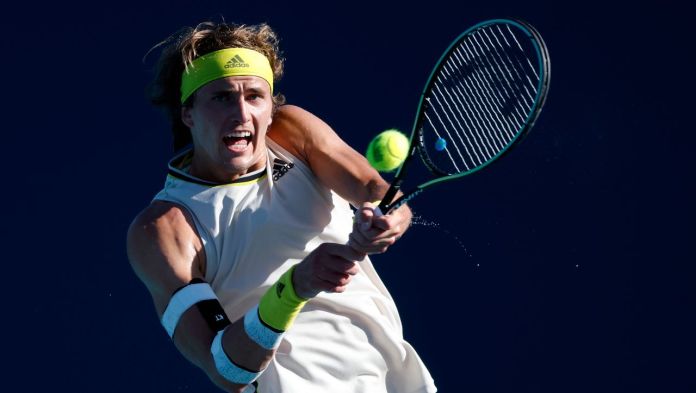 Germany’s top player Alexander Zverev surprisingly failed at the first ATP Masters of the year in Miami. Five days after his first tournament win of the season in Acapulco, the 23-year-old lost to the Finn Emil Ruusuvuori 6: 1, 3: 6, 1: 6 in the second round.
At first it seemed as if the third-placed Hamburger could continue his good form, but after a concentrated performance in the first movement, Zverev lost his rhythm. Zverev looked tired, let the Finn’s game be forced on him more and more and also produced many avoidable errors. Even a tantrum, in which he smashed the bat, no longer caused the turning point against the 83rd in the world rankings.
Andrea Petkovic met number four seeded Sofia Kenin, who had won the Australian Open last year, and lost after a strong first set 7: 6 (8: 6), 1: 6, 3: 6. The American made her comeback after an appendix operation.

With Angelique Kerber and Jan-Lennard Struff there are currently two German representatives in the individual competitions. Kerber meets former world number one Viktoria Asarenka from Belarus in the third round, and Struff plays against the Spaniard Roberto Bautista Agut for advancement.

Despite thousands of imprisonments: Erdogan presents plan for human rights

New triple combo: who is your favorite in the jungle now?

Luna and her master collect signatures

Toyota Mirai put to the test: hydrogen for the world market

Biathlon in Kontiolahti: How to watch the World Cup live on...