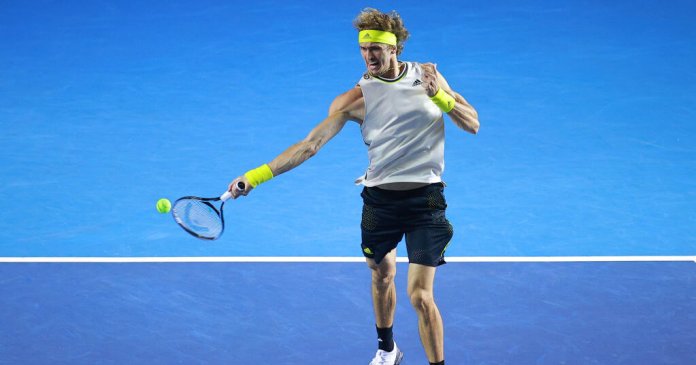 Renewed before the start of the ATP Masters 1000 tournament in Miami Alexander Zverev his criticism of the current ranking system. From Friday on, things will get serious for the German in terms of sport as well.

Before the ATP 500 event in Acapulco, Alexander Zverev provided statements about the currently prevailing ranking regulations. “I’m the biggest fan of Roger Federer. But he hasn’t played for a year and is in the world rankings. I’ve been in a Grand Slam final and in the final of a Masters 1000 tournament. The system is a Disaster, “said the German in Mexico.

This sideline did not affect his athletic performance: Without losing a set, he crowned himself in Acapulco and is therefore one of the top favorites at the ATP Masters 1000 event in Miami. Before the start of the tournament, despite the outstanding performance in Central America, criticism of the current ranking system was once again the number one topic of discussion.

Zverev: “There are other players who they listen to more”

“I could ask you that back. Do you think I should be seventh in the world as I played last? Shouldn’t I have moved up one place? Maybe one, two or three places? There should be some movement, otherwise the ranking is always the same. It is very difficult to overtake someone, “said Zverev, renewing his criticism.

Zverev said that he knew which screws he would turn with regard to the ranking regulations. But that is not decisive because he is not a decision maker: “To be honest, I think that the ATP or whoever is responsible for it is not really interested in my opinion.”

“I don’t attack anyone, but I think there are other players who they listen to more. They could listen more to their opinions because they are bigger champions and deserve to be heard more,” continued Zverev.

The German world class player is not the only athlete who is not satisfied with the current system. Andrey Rublev also commented critically on the sidelines of the ATP 500 tournament in Dubai. DTB Vice President Dirk Hordorff also brought in tennisnet-Podcast “Quiet please” hardly any understanding of the current system.

Start against Alcaraz or Ruusuvuori

At least at Zverev, the anger about the current regulations after the tournament in Miami could dissipate a bit. Because regardless of the performance in Florida, the German defending champion will replace Roger Federer, who will not serve in the USA this year, as sixth in the world rankings.

For Zverev, of course, no reason to take the tournament lightly. “I hope I can build on my form and play even better,” said the 23-year-old before his opening match against Carlos Alcaraz or Emil Ruusuvuori. Zverev already won against the Spaniard in Acapulco – and then, as is well known, secured the title. The native of Hamburg would hardly have objected to a repetition.

Here the single tableau of the men in Miami

The end of tranquility | Nachrichten.at

The most popular content from the ARD audio library

Neuer: “We currently have other problems than empty stadiums”