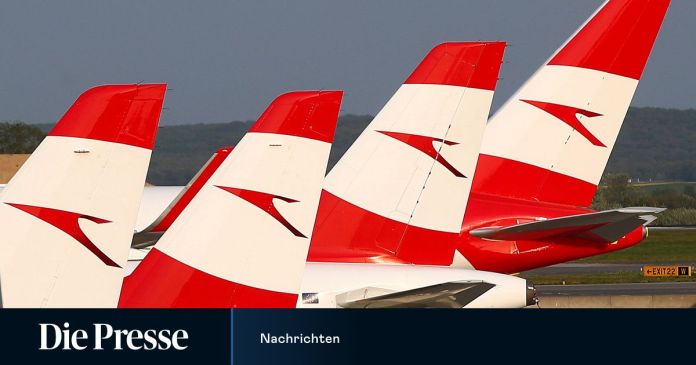 Unlike in the past, natural fluctuation will not be enough. The fleet will be further reduced to 58 machines.

It has been known since last year that AUA will have too many employees even after the acute corona crisis has ended. At the beginning of the crisis in March of the previous year, AUA had around 7,000 employees. It was said at the time that there was an arithmetical overhang of 1,100 full-time positions, because even after the acute health crisis had ended, the aviation business would only recover slowly and the airline would therefore have to be “downsized”.

With 650 positions, around half of this arithmetical overhang has already been reduced through natural fluctuation, it was said at the beginning of March on the occasion of the presentation of the balance sheet for 2020. However, this alone will not be enough to achieve the target by 2030, according to Lufthansa Airline on Thursday – AUA boss Alexis von Hoensbroech said something similar in the previous week in the “press interview”.

“As few dismissals as possible”

One will have to reduce “a little more than the same amount of personnel capacity”. And that will “not be possible in all areas through further fluctuation”. The company’s goal, however, remains “to have to give as few layoffs as possible”. One wants to examine part-time models for the temporary reduction of personnel capacity.

Apart from the downsizing, the fleet will also continue to grow
scaled down. Go for two more Airbus planes
Long-term parking may be required, which means the entire fleet
from around 80 aircraft – at least until 2024/2025 – to 58 instead of the
previously planned 60 aircraft will shrink.

The aviation industry has been hit harder by the coronavirus pandemic than almost any other industry. What’s next with flying? This is also what the current “press” podcast is about. (Jaz)

The most popular podcasts in Germany on iTunes and Spotify in...

Handball World Cup in the ticker: Switzerland vs. Iceland

For now only verbal exchange of blows | Tachles