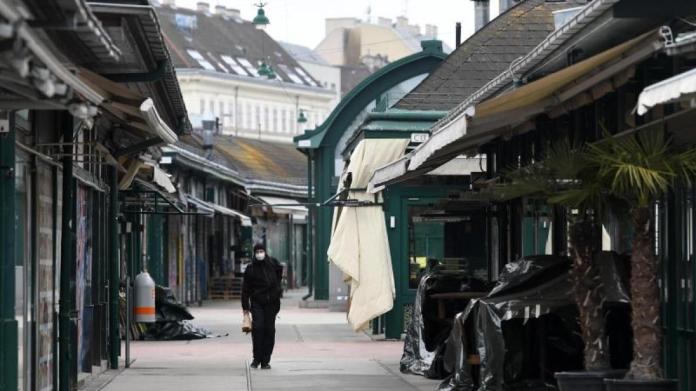 foreign countries Austria as a model?

Vienna and the surrounding area are going into lockdown again

In this country, Chancellor Kurz is often used as a model boy for testing and loosening up. But the Viennese are now threatened with what Germany is spared: an “Easter rest” with shops closed again from Maundy Thursday to Tuesday after Easter.

IIn the east of Austria, a sharp lockdown will come into force again over Easter. From April 1 to 6, public life in Vienna, Lower Austria and Burgenland will be shut down completely and all shops not necessary for basic care will be closed, said Health Minister Rudolf Anschober (Greens) on Wednesday evening after long negotiations with the heads of the affected countries.

A short “Easter break” is necessary to avert the threat of overloading the clinics in the capital and in Lower Austria and Burgenland, said Anschober. That is why there is now a need for a “breakwater” against the pandemic. “We really want to massively run down operations in this Easter phase,” said the minister.

Dealers, hairdressers and masseurs close from Maundy Thursday to the Tuesday after Easter. In contrast to Germany, shops and companies in Austria are usually open on Good Friday. Furthermore, people should only go outside for walks, sports and urgent trips over the holidays.

The health minister appealed to the population to reduce social contacts over the holidays. In addition, an FFP2 mask requirement, which previously only applied in supermarkets and on public transport, was decided for all closed rooms as well as for overcrowded outdoor areas. Schools will switch to online teaching for a week after Easter. Commuters from neighboring countries to the east such as the Czech Republic and Hungary have to present two negative tests per week instead of the previous one.

The discussion about the “Easter rest” in Austria was similar to that in Germany. Before the decision, Austria’s trade association criticized the leaked plans. Closed days cost jobs but did not prevent infections, said association chief Rainer Will. “The only company that would benefit massively from this and can look forward to an early Easter present is Amazon.”

Seven-day incidence in and around Vienna at over 300

According to the minister, the more contagious British virus variant, which also leads to more severe courses, has spread widely in the east of the country. This now creates a tense situation in the intensive care units. “We have to guarantee for everyone, not just for Covid patients, that there will be no triages,” said Anschober.

Of the nine federal states of the Alpine republic, Vienna, Lower Austria and Burgenland are currently among the countries most affected by the virus. The seven-day incidence there recently rose to just under 300, well above the Austrian average of around 247. Only Vorarlberg in the very west of the country has around 80.

On February 8, Austria relaxed the lockdown nationwide and reopened trade and schools. Since then, the number of infections has skyrocketed again. According to the Ministry of Health, 3289 new positive tests were last counted nationwide within a day. There are currently 2086 people in hospital treatment due to the corona virus, 447 of them in intensive care units.

At a corona summit in the Chancellery on Monday, the conservative-green federal government had not decided on any stricter measures despite a nationwide seven-day incidence of around 240. Only the opening of the guest gardens originally planned for Saturday was canceled. On Wednesday, Anschober warned that the corona trend in Eastern Austria could spread to the rest of the country. The lockdown should therefore be seen as a pilot project.

Coronavirus in Germany: vaccination start in the doctor’s offices at the...

Debate about stricter rules: Merkel wants to bring forward the next...