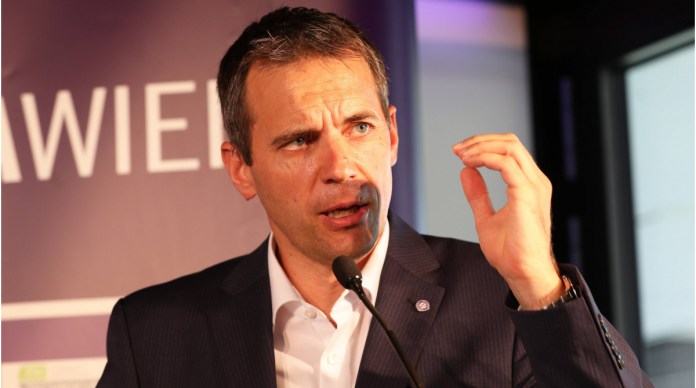 Austria surprised with a personnel decision. Gerhard Krisch will work on the board of the club in the future, said the financially stricken Bundesliga club on Thursday evening. This was preceded by an extraordinary meeting of the Supervisory Board. The appointment of Krisch, valid from May, indicates a disempowerment of Markus Kraetschmer, who is currently again acting as the sole board member of Austria.

Club President Frank Hensel suggested Krisch for the post, according to the club. According to the broadcast, the decision was preceded by an intensive selection process including an assessment process by a renowned personnel consultant. The committees unanimously confirmed the personnel. “Gerhard Krisch has proven his leadership skills and expertise in financial matters in several functions both inside and outside the world of sports,” Hensel was quoted as saying.

The 55-year-old Krisch worked for Bank Austria – the current lender of Austria, which is plagued by multi-million dollar financial worries – for over 30 years. In spring 2017 he got into the football business as the head of the Vienna club. He led Döblinger through bankruptcy. Krisch had taken over the office of the oldest football club in Austria just weeks before from Martin Kristek, who had died after a heart attack. Kristek was the managing director of the energy service provider Care Energy, the main sponsor of Vienna at the time. The club was forcibly relegated to the Wiener Landesliga in the course of bankruptcy.

Two years later, Krisch worked for the regional division FC Mauerwerk. In late autumn 2019 he then took on the role of General Secretary at the Vienna Ice Skating Club. Now it’s back to the football business. At Austria, Krisch is supposed to work alongside Kraetschmer and “share overall responsibility”.

Kraetschmer’s contract, like Peter Stöger’s, expires on June 30th. The manager is currently the sole chairman after Stöger resigned his post as sports director after being appointed head coach last summer. “We are in a very harmonious exchange with both of them and are hoping for a decision as soon as possible so that we can define the fields of activity,” said Hensel on record.

Behind the scenes, according to the “courier”, things should not be so harmonious. There were heated discussions in the supervisory board about Kraetschmer’s whereabouts – without a solution. The manager is said to have been offered a contract extension in a changed position by one year. According to “Kurier”, Kraetschmer wanted an extension of three years. The Viennese, who has been with Austria for over 23 years, has also been co-managing director of FK Austria Wien International Marketing GmbH, which was founded as part of the collaboration with Insignia, since March.

In the past few weeks, Stöger had repeatedly emphasized that he could only imagine further involvement with Austria if there was “clarity” in the club about the future direction.

Steam: winter sale started – what are the best deals?

Kretschmann after Schalte: Lockdown before Christmas

That is why the third corona wave can be so strong...

Will the lockdown be extended ?: Before the Corona summit –...

At least 100 million Windows 7 PCs still on the network

Pizzeria in Frankfurt annoys many Italians – even the government