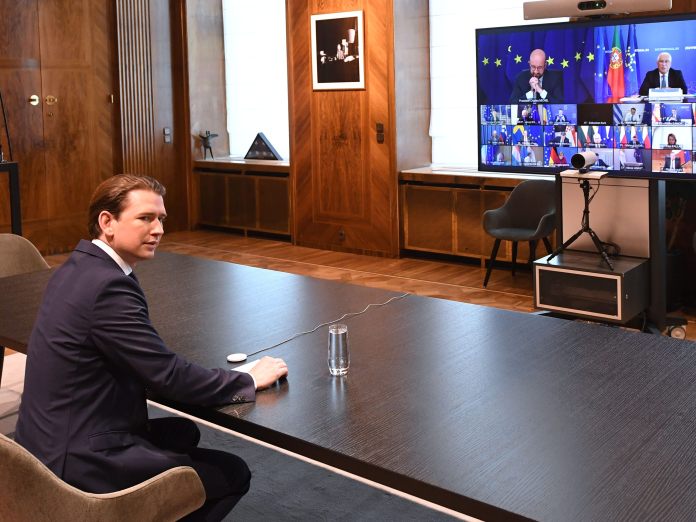 
Federal Chancellery: “Politico report is based on false information”
© WHAT

According to a media report, Austria threatens to block the purchase of 100 million additional vaccine doses from Biontech / Pfizer if it does not receive a larger part of the vaccine delivery.

The Internet portal Politico reported on Tuesday, citing EU diplomats from three countries. The Federal Chancellery rejected the information. The focus is on the dispute over the redistribution of the early ten million from Biontech / Pfizer among the EU countries.

According to the report, these ten million cans from the German-American manufacturer could be delivered to the European Union in the second quarter. They are part of a purchase option for a second contract totaling 100 million cans with Biontech / Pfizer – in addition to the 500 million that have already been ordered.

There is now a dispute among EU countries about the redistribution of the ten million doses that have been brought forward. In the run-up to the summit, Austria and five other EU states (the Czech Republic, Slovenia, Bulgaria, Croatia and Latvia) complained about the unequal distribution of vaccines in the EU. Not all EU countries had bought the quantities they were entitled to based on their population.

While eastern vaccination stragglers met with understanding at the summit, there was little sympathy for Austria, which was relatively well supplied. The vaccination rate in Austria is currently above the EU average. Federal Chancellor Sebastian Kurz (ÖVP) still believes that Austria will benefit from the redistribution.

“Politico” reported, citing the EU diplomats, that Austria had again requested additional doses in the EU vaccine steering committee on Friday morning. Austria “would prevent the EU Commission from exercising its option to buy 100 million cans if Vienna could not get its way,” it said.

“The Politico report is based on false information. We are supporting the Portuguese Presidency in finding a quick solution,” said the Federal Chancellery of the APA. In a statement that was also sent to Politico, it was said that a “quick solution to this question was hoped for, so that the Commission can press ahead with the contract for the additional 100 million Pfizer cans as soon as possible.”

According to the report, the option to purchase the 100 million cans from Biontech / Pfizer must be exercised by mid-April. The EU states passed the debate on to the EU ambassadors, who are currently fighting for a decision. Another meeting will take place tomorrow, Wednesday.

Meanwhile, criticism of Austria came from Italy. “We call on the Austrian Chancellor Sebastian Kurz to clarify his position. The EU can no longer tolerate political games at the expense of the citizens,” said EU parliamentarian Tiziana Beghin in a press release. “We call on the EU Commission to insist on its option right negotiated with Pfizer. The purchase of an additional 100 million cans is necessary in view of the fight against variants. We reject extortion,” said Beghin, parliamentary group leader of the Italian ruling party Five Stars in the EU -Houses of Parliament.

The EU parliamentarian of the ruling party Italia Viva, Nicola Danti, also accused Kurz of “blackmail”. “The EU has responded to the pandemic from the beginning on the principle of solidarity in both sanitary and economic terms. It must not capitulate to this new blackmail, which shows that nationalism is selfishness,” said Dante.

Andreas Schieder, head of the SPÖ delegation in the EU Parliament, said in a broadcast: “This is not just the opposite of European cooperation, it is a desperate kamikaze campaign. Austria is completely isolating itself and endangering EU-wide vaccination success. ” He also stated: “The damage caused in this way could be enormous, because we do not need to expect any concessions from our EU partners in the near future.”

“Turquoise-green botched its own vaccine order,” criticized EU-NEOS MP Claudia Gamon in a broadcast. “The other EU states are willing to help those countries that are in a really bad position. Austria has isolated itself with its all-round blows. Now Kurz is pushing the European vaccination strategy against the wall and taking the entire EU hostage.”

Palast & son Charles comment on the state of health

New lockdown plan for Germany: That should be decided – and... 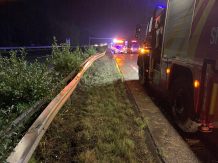 A14: Mother and son skid with their car – Vorarlberg –

Fast rail connections from Berlin to Usedom are being examined

The ex-president’s retirement will be turbulent