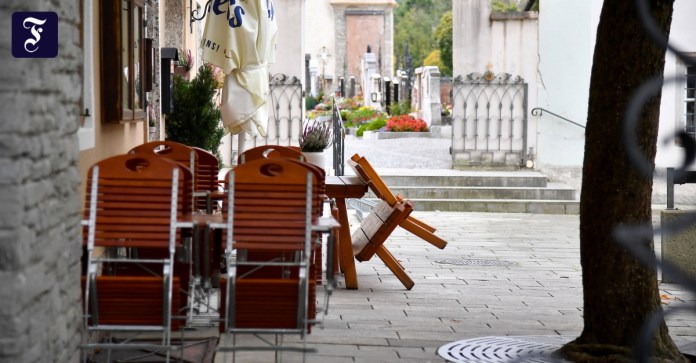 IIn the eastern federal states of Austria, citizens are preparing to tighten the exit restrictions. This includes tests as a condition for purchases for the period from after Easter until April 10th for the time being. Vienna, Lower Austria and Burgenland are affected. Exceptions to this are shops for everyday needs. Such access tests have been in place for hairdressers and other body-hugging service providers since the beginning of February. The access tests mean sales losses of 280 million euros per week in eastern Austria, according to the trade association based on the non-food trade. “Access tests in the shops would hardly change the number of corona cases, but destroy up to two thirds of all sales in the trade,” argues chairman Rainer Will.

Business correspondent for Austria and Hungary based in Vienna.

The trigger for the tightened measures is the dramatic increase in Covid diseases – which has long been predicted by experts – and the resulting high occupancy of the hospitals. The intensive care units in particular are always full in eastern Austria. Austria now has more than a hundred deaths per 100,000 inhabitants according to the Covid-19 data hub. Germany is 91 here.Sweden, with its very liberal Covid management, has 131. Eastern European countries, but also Great Britain, do significantly worse.

The Union for Private Employees (GPA) criticizes the corona access tests in retail. “The entry tests in retail are unrealistic and unsuitable for fighting pandemics,” said the chairwoman of the GPA Barbara Teiber. “The trade is not to be compared with body-friendly services, where on the one hand appointments are often made and on the other hand there are far fewer customers per employee in the shop. The effort for controls in the trade is much higher.” It is unreasonable for the trade employees to play deputy sheriff to have to.”

Reference is also made to the increasing willingness of customers to be aggressive. “Customers are already refusing to wear masks and there are verbal and, unfortunately, physical attacks on employees.” If trade employees now also have to check corona entry tests, then they are even more exposed to this risk.

The obligation to wear an FFP2 mask will be expanded and will generally also apply in closed rooms in the future if you are not alone. Also outdoors, in areas with dense crowds, the existing option for a local FFP2 obligation is now to be implemented.

From the point of view of trade and industry in the Chamber of Commerce, a prescribed mask break is also described as an “almost insoluble organizational challenge”. “We would need 20 percent more specialist staff. Since this staff cannot be found in the short term, production cuts by a fifth would be inevitable,” warned Siegfried Menz, chairman of the Federal Industry Division in the Chamber of Commerce. During this break, you should only be alone in an interior. This is not feasible in practice, because it would lead to production stoppages. “The IV therefore calls for exceptions to the permanent obligation to wear – especially in large-volume production halls with ventilation and sufficient distance.

This in turn means a damper on the economic outlook in the country, which has been hit by the crisis. The more massive lockdown measures with restrictions, the stronger the slowdown in the economy, said the head of the Austrian Institute for Economic Research (Wifo), Christoph Badelt. For him, Badelt, it was a “mystery” – not economically, but socially – why Switzerland, for example, was able to get along with fewer restrictions despite similar or sometimes higher numbers of infections. With an additional four-week lockdown in the spring, the expectation for GDP growth will have an impact – from the currently calculated 2.6 to 2.0 percent. Last year the kink was 6.6 percent, which means that Austria performed particularly poorly in the European Union due to its strong focus on tourism.

House of Representatives votes for it: Trump is facing a second...

Here you can get a free test