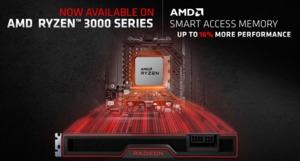 The Infinity Cache is also available on the small Big Navi GPU. Instead of 128 MB, it is only 96 MB in size. The capacity of the 128 MB of the special cache matches the planned target resolution of up to 4K. For a Radeon RX 6700 XT and the targeted 1440p, the 96 MB for the hit rate of the cache fit. We explained details about this at the start of the Radeon RX 6000 series and the RDNA 2 architecture.

AMD does not scale the memory interface to the same extent in the smaller version. If all previous Big Navi GPUs have a 256-bit memory interface, the Radeon RX 6700 XT has 192 bits – 25% less. With a memory clock of 2,000 MHz, we arrive at a memory bandwidth of 384 GB / s. The storage capacity of 12 GB fits the scaled-down storage interface. For a 1440p card, 12 GB of GDDR6 should still be more than sufficient. 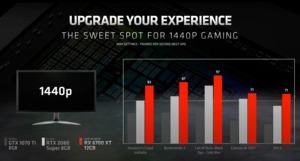 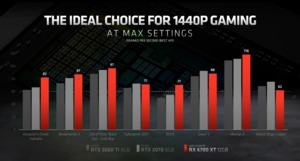 AMD specifies the thermal design power of the Radeon RX 6700 XT with 200 W. The supply takes place via an 8-pin and a 6-pin connector. This applies to the reference version, which will also be available for this model. As part of the announcement, AMD also gave a preview of the hardware itself. You can see a card with two axial fans, which appear connected to one another in a curved shape of the cooler. A large “R” can also be seen between the two fans. A glowing Radeon logo can be seen again on the front. When it comes to design, AMD is based on the current generation of Radeon RX cards that have appeared so far.

The Radeon RX 6700 XT will be sold from March 18th. In addition to the reference design, the custom designs will also be available from March 18th – unless they are also sold out immediately. The price for the reference version is said to be $ 479. We don’t yet know a euro price.

Almost 42,000 people in Germany were vaccinated against Corona Corona demo in Vienna: complaints, arrests and use of pepper spray

“We are ready in Germany”

Government resolutions on Corona – Zurich wants to give vaccinations free...