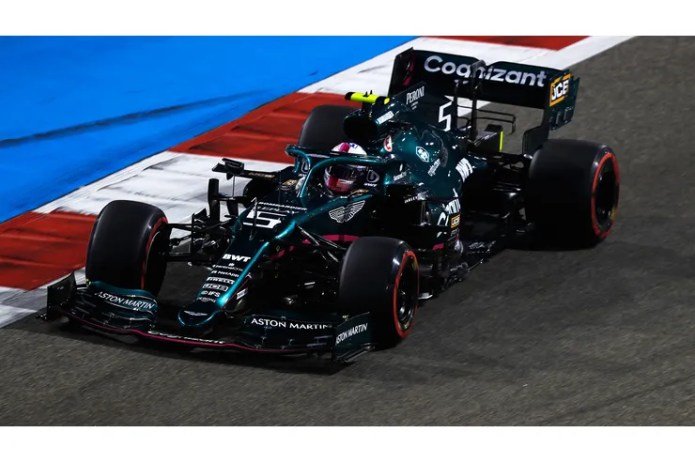 Sebastian Vettel’s first appearance in the Aston Martin ended in disappointment. Yellow flag ended his qualification in the first knockout round. Fernando Alonso, who returned home, made it to the final. And spat very unusually quiet sounds.

Sebastian Vettel made a false start with Aston Martin. The circumstances had conspired against the four-time world champion. During the test drives, technical problems kept him in the garage for a long time. He only had 117 laps to focus on his new sports equipment. When things got serious for the first time in qualifying for the Bahrain GP, ​​Vettel was in the wrong place at the wrong time.

At the start of his second Q1 lap, Nikita Mazepin spun in front of his eyes at Turn 1. Vettel had to take off the gas because of yellow flags. Apparently not enough. The stewards sent him a summons for an interview at 10:15 p.m. The same mishap happened to him again later in the group. The disaster was already looming in the warm-up lap. Mazepin passed five cars in line and sat in front of the Aston Martin. “That was not the best way. You shouldn’t overtake at this point,” said Vettel, criticizing the Russian’s arrogance.

But then he took Mazepin under protection again: “We were all pretty slow on our warm-up lap to prepare the tires for the fast lap. Somehow we ran out of time. I passed Perez, which is also not entirely correct But otherwise I wouldn’t have crossed the line before the checkered flag. Nikita might have felt the same way. “

Sebastian Vettel still has to make friends with his new company car.

Vettel also regretted the early end on his first official appearance in green because his Aston Martin felt better than before. “We generally tried a lot to learn more, and the latest changes were a step forward. I still had plenty of room for improvement because I made a mistake at Turn 11 on my first attempt. I could have definitely had a second. ” Teammate Lance Stroll showed what would have been possible with the AMR21. The Canadian made it into Q3, but in tenth place was clearly slower than the rest.

Vettel shows that, despite the increase since the test drives, a lot of work still has to be put into the car. “There is generally a lack of grip.” Compared to qualifying in November 2020, the Aston Martin was 2.3 seconds slower than Racing Point. Only at Haas was the gap similar. You can ignore the US team. Haas has only made minimal changes to his car.

Aston Martin has put significantly more work into developing the 2021 model. Vettel cannot share the assumption that, as with Mercedes, the low angle of attack is punished: “That would be way too simple. The problem is more complex.”

Alonso into Q3 straight away

While the former Ferrari driver in 18th place sees almost the entire field in front of him, another veteran was secretly happy. Fernando Alonso made it into the top ten final on his comeback and gave his young colleague Esteban Ocon the first slap in the face. Like Vettel, the French saw himself as a victim of the yellow flags. “I could easily have driven half a second faster and would have gone further.”

Alonso executed his first qualification in two years with the routine of a man who has 312 GP starts under his belt. The 39-year-old Spaniard did not take any risks, remained faithful to the soft tires throughout the entire training session and safely progressed to the next knockout round. He drove a total of five attempts from Q1 to Q3 with the precision of a clockwork mechanism. Without mistakes, without traffic on the fast lap, without yellow flags as a brake.

Maybe it would have been more than ninth on the grid if Alonso had had a second set of fresh tires available in Q3. In the end, he only had one free shot and missed compatriot Carlos Sainz’s time by only 34 thousandths. 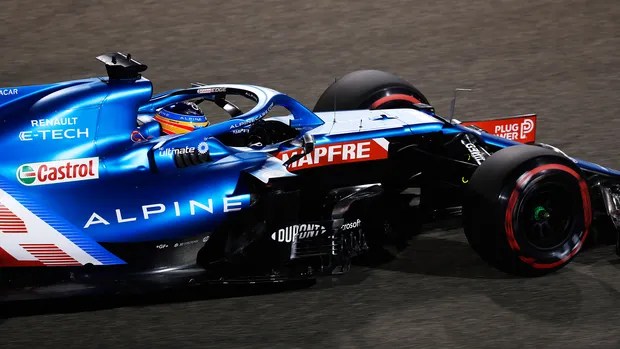 Returnees Fernando Alonso made it straight to the top 10 final.

To everyone’s surprise, the ex-champion spat soft sounds. There was even something like humility in the matador’s words. “I went into this qualification without great expectations. The plan was to get everything over with as well as possible and then see where I stand. That it made it into the top ten is good news.”

If you listened to Alonso’s remarks, you thought you were looking at a rookie. “For me everything was new after my break. It already started to properly condition the tires in all the chaos, to make room forwards, to read the Pirellis correctly. They only have a small area where they deliver a lot of grip. I felt this car for the first time with maximum grip and very little fuel in the tank. It was an extreme feeling and a new experience for me, too, to have the confidence to push this car to the limit under the circumstances. “

Alpine chief pilot is also modest for the race. Start, first corner, tire management, a pit stop that only lasts two seconds: everything new for the big old man. “I will need a few races to get everything back to routine. That’s why I want to stay out of everything in the race and drive as many laps as possible in order to be able to tick off all these points. My colleagues already have it all in their pockets. ” Then Alonso clarifies one more thing. “There was a misunderstanding in an interview recently. I never said that I was better than Lewis or Max. What I meant was that I was hopefully better than when I was last out two years ago.”

Corona in the USA: The upswing depends on the vaccination –...

Corona crisis in the USA: House of Representatives votes to increase...

Kissing or dancing? THAT does Thomas better with Nicole

Luxury billionaire Bernard Arnault – How the “wolf in cashmere fur”...

Johannes B. Kerner: Sensational change! He is moderating football again...