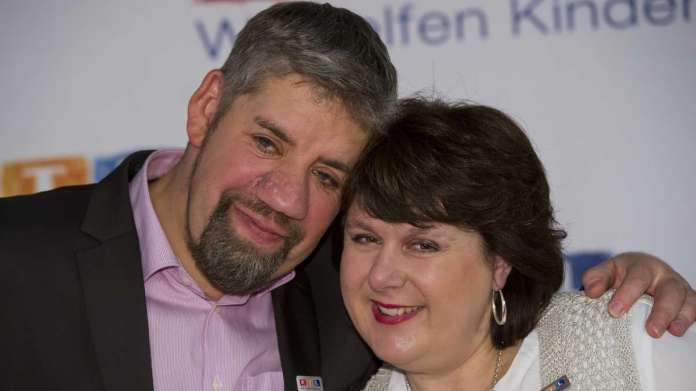 Iris Abel became famous with “Bauer sucht Frau” and found her great love in Uwe. After Corona worries, she is now giving an update via Instagram.

Wildeshausen – “Every now and then you have to change the hair color,” writes Iris Abel under a selfie that she posts on Instagram. She makes her followers a surprise for International Women’s Day.

Iris Abel became known with the RTL dome show “Bauer sucht Frau”. In 2011 she took part in the relay there and found happiness in her Uwe. They became a couple, two years later there was a wedding between the trained baker and the pig farmer and Iris moved to Uwe’s farm in Lower Saxony. The two even opened a courtyard café on site.

In the meantime, there was great concern for the couple, as they disappeared from Instagram for a long time and the café could not be operated due to the corona pandemic. According to The new sheet Uwe even had to say goodbye to his pig breeding because of the African swine fever. At Christmas Iris then published the words “even if it is just the way it is, we hope that it will soon get better”. Now she reports back to her 29,000 followers with an update.

The farmer has a new hairstyle! Instead of the brown hair that viewers know from TV, the 52-year-old shines with blonde hair in the camera. Iris Abel now tells RTL: “This is more or less my natural color now. The dark hair before was completely colored. But now I’ve let that grow out and just lightly bleached my natural color. Actually, I’ve been white since I was in my mid-40s. The first gray hair came in my mid-20s. “

Her father also got white hair early on. For her husband Uwe, it was a very nice surprise: “His first reaction was: ‘That can happen’”, laughs Iris. “He still has to get used to it – and frankly I do too.”

But that’s not the only innovation at Iris Abel. She is now also doing a new job. “I am now on my wages and bread again. I have been working since 1.1. at a university in northern Germany and have a full-time position in the medical faculty there. I take on administrative tasks such as room planning and manage teaching assignments, ”says Abel. Because of Corona, the two can use the money.

“When I got the job, the first thing I did was jump around with joy. Getting a full-time position in the public service at my age is like winning the lottery, ”says Iris Abel happily and confirms once again:“ I practically swapped roles with Uwe. He is now a farmer retired because our land and stables are leased. That’s why he’s in the kitchen all the time now, because he enjoyed baking so much. But two in the kitchen are one too many. There is only murder and manslaughter. For that reason alone, it is good that I am going back to work now. ” (jh)

Memorial stone for victims of terrorist attack in Vienna unveiled

Discussion about corona vaccinations: is a legal ordinance enough?

SE will allegedly announce remake for PC and PS5 at the...