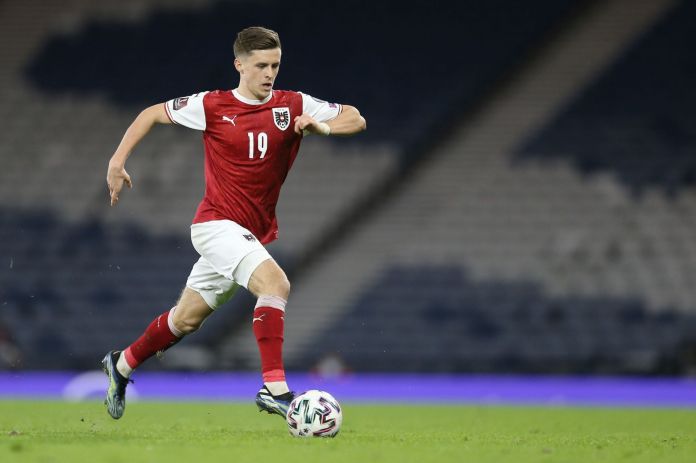 Despite the clear favorite role of the Austrian national soccer team, Christoph Baumgartner has warned of the Faroe Islands qualifying opponents. The game on Sunday in Vienna’s Happel Stadium will not be a walk in the park, emphasized the Hoffenheim legionnaire. “We may need patience. We have to stay cool there“Demanded the 21-year-old. “It will be important that we let the ball run well and that we have a lot of speed in the game.”

This is the only way to perforate the expected concrete defense of the Faroese. “It will be difficult to score because they will defend with man and mouse. But we have the quality to do it“, Said the offensive player.

In the 2-2 draw against Scotland on Thursday in Glasgow, Baumgartner was one of the bright spots in the ÖFB team – as was double goal scorer Sasa Kalajdzic. “He has a brutal gate gene. He was ready for the dust against Scotland and then took a world class header. Despite its length, it can play football“Said Baumgartner about the two-meter striker.

Baumgartner, Kalajdzic and Co. dance to the whistle of Ukrainian Katerina Monsul on Sunday. The Lower Austrian has already gained experience with female referees – he played with Hoffenheim in February in the Europa League sixteenth-finals against Molde under the direction of French Stephanie Frappart. “Actually, not that much has changed for us players. Dealing with a lady may be a little different, you may not yell at them straight away“, Said Baumgartner.

Team boss Franco Foda made a similar statement. “The rules are the same for everyone. You’re always friendlier to a lady, no question about it“, Explained the German. According to his own statements, the situation is not new for Foda either – according to this, a Palatine game was directed by Bibiana Steinhaus during his time as Kaiserslautern coach.

“We all want to live normally again”: Corona vaccinations in the...