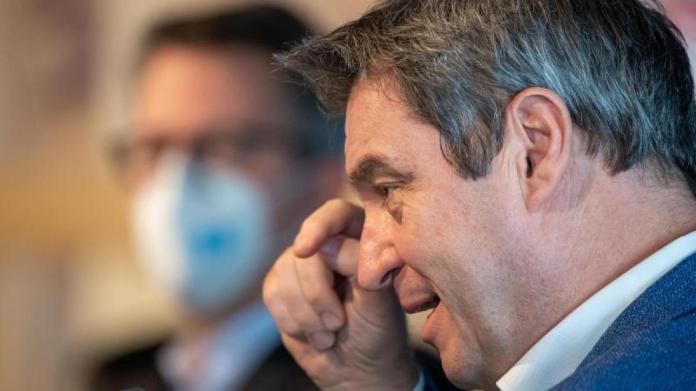 Dhe popularity of the Bavarian ruling party is falling among the population. If there were state elections next Sunday, 40 percent of Bavarians would vote for the CSU. Six weeks ago, in mid-February, it was 47 percent. This was the result of a current survey by the Hamburg institute GMS on behalf of “17:30 SAT.1 Bayern”.

In the six-week comparison, the Greens increase in popularity from 18 to 20 percent and the FDP from 4 to 6 percent. The proportion of those who would vote for the SPD remains unchanged, at 8 percent. For the AfD, 9 percent would vote (previously 8), the free voters would get the same percentage. As in the previous poll, the left would get 3 percent of the vote.

65 percent agree with the state government’s corona policy – also a decline compared to 72 percent in November when the institute last asked the question. Despite the vaccination debacle and the CSU mask affair, 70 percent see Markus Söder as a “good prime minister”. However, its popularity is also falling. In February, 75 percent of those surveyed agreed.

20 percent for Laschet as a candidate

When asked who they would prefer “personally, Laschet or Söder” as a candidate for the Bundestag election, 53 percent of Bavarians named Söder, and 20 percent voted for CDU chairman Armin Laschet. So Söder has further improved since the February survey (49:31).

When looking at the entire Corona policy, the respondents remain critical. When asked “Will the federal government, states and municipalities get the situation under control again in the course of the year?” 56 percent were pessimistic and only 34 percent confident.

MKiller cannibals are said to have distributed body parts with a...

Bundesliga – Austria breathes a sigh of relief after a job...