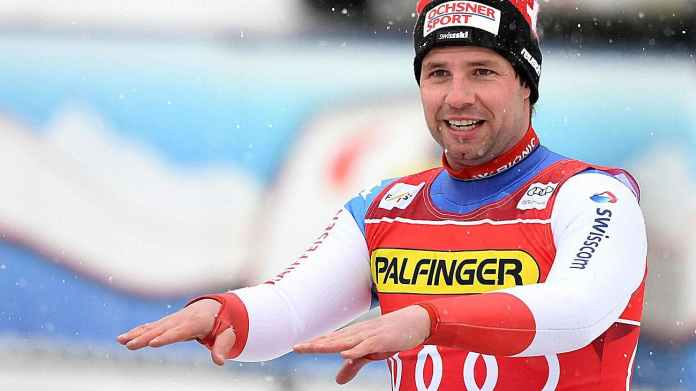 Beat Feuz moves a big step closer to the small crystal ball for winning the Downhill World Cup again. Despite a time-consuming mishap, the Emmentaler finished second in Saalbach-Hinterglemm and built up his cushion to 68 points before the final.

The departure year 2021 has so far been according to Beat Feuz’s taste. After the double victory in Kitzbühel, 2nd place in Garmisch and World Cup bronze in Cortina d’Ampezzo, the man from Schangnau also made it onto the podium in Saalbach-Hinterglemm. He missed 17 hundredths from his 40th podium in the Downhill World Cup to win, although a stick slipped out of his fingers at the start and only one of the 51 competitors was slower in the first 20 seconds. Feuz was a tenth faster than third-placed Matthias Mayer at the finish – a small difference of great value.

The fourth consecutive discipline victory is now within reach. Feuz ‘reserve is 68 points before the World Cup final in Lenzerheide. Only Mayer can still catch the 34-year-old Emmentaler on the last descent on March 17th. Even if the Austrian should win, Feuz would be enough to win the Downhill World Cup four times in a row as the second driver after Franz Klammer in the mid-1970s. Feuz was worse than eighth since mid-March 2017 in a World Cup downhill run only once, and in tenth in Bormio at the end of December.

Feuz also plays into the cards that the first of the two planned Saalbach runs was canceled on Friday after nine riders. In this, Mayer would have moved closer to Feuz in the discipline evaluation and Dominik Paris would have interfered in the fight. After losing 100 points for the alleged victory and fourth place on Saturday, the South Tyrolean definitely fell out of the decision.

Imposing catch-up after a false start

Vincent Kriechmayr won the penultimate descent of the winter. The double world champion from Cortina, who entered the race with the number 1, laid the foundation for his ninth World Cup victory with a fastest time on the top part of the track. Feuz, for his part, left a lot of time on the first few meters. After 18 seconds he was 71 hundredths behind Kriechmayr. With an almost perfect drive, he did more than just damage control. «When I entered the steep slope, I had a brilliant feeling. I managed almost every curve as I wanted, ”said Feuz in an interview with SRF.

Marco Odermatt did better than ever before in a World Cup downhill run three positions behind Feuz. “Except for one small mistake with the middle section, it was a perfect ride for me,” said the Nidwalden. In the middle of the race, the 23-year-old was even in the lead. In fifth, he shortened the gap in the overall World Cup to leader Alexis Pinturault to 165 points, with the two outstanding Super-G trumps in his hand and the French the two remaining slaloms. In the giant slalom, the two duel around the little ball at eye level, with Filip Zubcic as a possible spoiler.

With Stefan Rogentin (13th), Niels Hintermann (15th), Nils Mani (19th), Ralph Weber (20th) and Carlo Janka (24th), five other Swiss made their way into the top 25th. For the 26-year-old Graubünden Rogentin is the best result in the World Cup. The penultimate Super-G of the winter is on the program in Saalbach on Sunday.

Child molester comes into the house via Playstation – BZ Berlin

Thousands more evacuations due to flooding in Australia