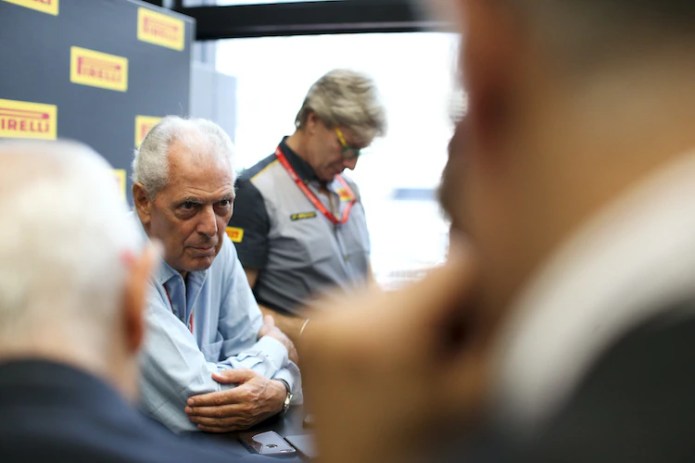 The corona crisis not only thwarted the World Cup calendar plans of the Formula 1 officials, tire development was also interrupted. That is why Pirelli has extended the contract with the premier class.

The original plan of the Formula 1 executives provided that the GP stars would use the new 18-inch tires as early as this year. But the corona crisis forced the decision-makers to cancel the planned tire development tests last year and to postpone the new technical regulations, which also include the introduction of the new wheels. The 18-inch tires will therefore only be seen on the GP racers in 2022.

In the course of this delay, tire supplier Pirelli extended the current contract with the premier class by one year until the end of 2024. This means that the plan made in 2018 to use Pirelli products with the new dimensions for three years can also be implemented.

“We are of course pleased about this agreement, which will extend our presence in the world’s top motorsport until 2024,” says Pirelli CEO Marco Tronchetti Provera about the contract extension. “Motorsport is part of our DNA and Formula 1 is an open-air laboratory that enables us to transfer the know-how gained on the racetrack to our road tires,” emphasizes the 73-year-old.

The contractual partners are also very happy. Formula 1 CEO Stefano Domenicali explains: “We are very proud of our partnership with Pirelli and grateful for the constructive attitude towards this time difference. Pirelli is aware of the strategic role of tires in Formula 1 and we know that they are working very hard to ensure that their products will offer the best balance between performance and durability in the new technical context. We’re looking forward to the start of the 2021 season and we’re all excited about the new cars and the new 18-inch tires that will hit the track in 2022 under the new regulations. “

And FIA President Jean Todt adds: “The switch to 18-inch wheels and tires will certainly create a more attractive picture for Formula 1 cars. But it also poses a major technical challenge that requires a lot of investment and development on the part of Pirelli in order to continue to deliver tires that function at the highest level. In view of this and the necessary postponement of the new regulations due to the pandemic, it is only logical to expand the tire delivery program accordingly. “

Electric car from Cologne: Ford invests one billion US dollars –...

Orlando Blooms porridge is a topic of conversation