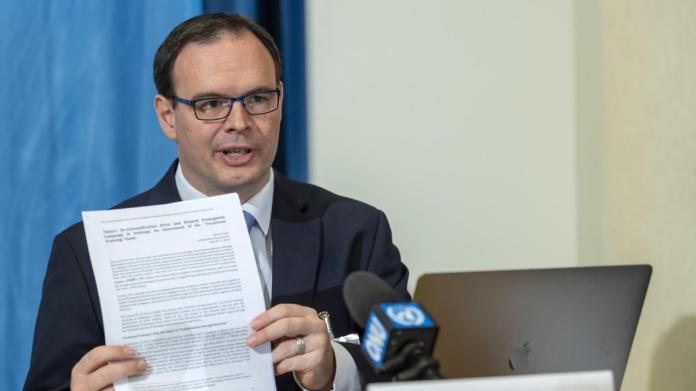 AOn Monday the European Union imposed sanctions on four Chinese officials. Brussels reacted to the human rights violations against the Muslim minority of the Uyghurs. According to estimates by human rights groups, the Chinese state has set up a system of re-education camps in Xinjiang Province in which up to a million Uyghurs and members of other minorities have been detained.

Beijing responded promptly. On the same day, the People’s Republic imposed sanctions on ten Europeans and four European institutions. What is immediately noticeable: The countermeasures are not reciprocal, Beijing’s list is more than three times as long as the one from Brussels. In addition, the People’s Republic imposed penalties not only on politicians, but also on civil society actors.

One of those affected is Adrian Zenz. The German practically single-handedly ensured that the world knew what was happening in northwest China. Xinjiang Province is virtually inaccessible to journalists and academics.

But Zenz rummaged through publicly available documents he found on Chinese government websites, such as construction tenders and budgets. Using this data, he reconstructed the camp system – and crimes such as forced labor and birth prevention. His research has been confirmed many times by international media houses.

Today Zenz works for the Victims of Communism Memorial Foundation in Washington. He lives in Minnesota. WELT reaches him on the phone.

WORLD: Mr. Zenz, did you expect the Chinese state to impose sanctions on you?

Adrian Zenz: No I have not. The People’s Republic has been bothering me for a while. But from a Chinese point of view it is inconsistent to sanction me together with other Europeans. The propaganda has always put a lot of energy into portraying me as the American’s henchman. To lump myself together with the Europeans now counteracts this propaganda narrative.

WORLD: You say the Chinese state has you on the kieker. What does he do?

Zenz: Reports and opinion articles appear almost daily in the propaganda press that describe and defame me as a pseudo-scientist. According to reports from state media, Chinese companies are now even planning to sue me for economic losses.

There are also press conferences whose sole aim is to discredit me. It wasn’t until March that the Communist Party (CP) held a three-hour press conference in Beijing to try to defame me. There were also many slightly veiled threats between the lines.

WORLD: You are no longer allowed to enter China. Does that restrict you in your work?

Zenz: No, I haven’t been to China for a long time. It’s just too dangerous. In 2018, two Canadians were arrested on vague charges of “espionage”. They are still being held today and are currently being tried in camera. Something like this can happen to any researcher or NGO employee in China today.

WORLD: Beijing not only sanctioned European politicians, but also civil society actors. Do you see a political message in this?

Zenz: The Chinese state is targeting all institutions that are critical of the country. He acts on the friend-foe principle and tries to silence researchers all over the world. In Australia, for example, it is the Australian Strategic Policy Institute think tank that has gotten into the crosshairs. And on Monday the German think tank Merics, Europe’s leading research institution on China, was sanctioned.

Zenz: Yes, Beijing is very afraid that Joe Biden will forge an alliance against the People’s Republic. The common sanctions are therefore worrying from the Chinese point of view. The Chinese state usually operates on the divide-and-conquer principle. He tries to divide blocks and resolve conflicts bilaterally, for example with Sweden and Australia. The fact that an alliance is forming against human rights violations against the Uyghurs is bad news for Beijing.

WORLD: The European measures are the first EU sanctions against China since 1989. At that time, Beijing put down a student-backed democracy movement using tanks. Are the sanctions a turning point in the European-Chinese relationship?

Zenz: I think so, because they send out a strong signal. Europe has traditionally followed the approach of separating economic interests and human rights. At the end of last year, Brussels and Beijing agreed on an investment agreement. This only came about because Brussels was of the opinion that the only way to enforce the protection of human rights was through other mechanisms, such as sanctions.

I think this approach is wrong because Beijing does not separate economic interests from human rights. For the Chinese state this is a unity. But that is exactly why the tough countermeasures from China are a mistake: They do not take advantage of the European separation, but rather turn even more Europeans against China. Ultimately, the People’s Republic, with its excessive counter-sanctions, is responsible for the deeper turning point.

WORLD: Negotiations on the investment agreement were concluded at the end of last year. The agreement is to be ratified by the European Parliament in early 2022. Is that still likely?

Zenz: That has become quite unlikely. On Monday, the Socialist Group in the EU Parliament announced that it would make the lifting of Chinese sanctions against MEPs a condition for parliament to start talks on the investment agreement. Of course you have to wait and see what happens in the next few months. But it looks like Beijing shot itself in the leg.

WORLD: Since 2018, with your disclosure reports, you have made a major contribution to uncovering the systematic oppression and persecution of the Uyghurs in China. Do we now know the full extent? Or do you still expect new revelations?

Zenz: That depends on what I come across in my research in the future. But I am still motivated. I also see the reports of a lawsuit by Chinese companies more as evidence that I am making an important contribution with my work.

Because if Chinese companies that benefit from forced labor want to sue me for economic losses, that shows that my work is leading western companies to rethink their supply chains.

But to keep the big picture in mind, I think the revelations phase is coming to an end. Now it is up to the international community. She must draw the right conclusions from the revelations.

The process is being renegotiated: the lay judge’s nap makes the...

Quick return to the classes: The school openings in Berlin are...

Corona mutation: B.1.1.7 has already spread in Germany

Are trips to other federal states prohibited at Christmas?

That is why Israel is much faster than us at vaccinating 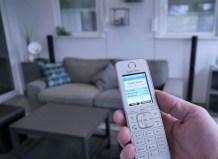 Why the router can do more: Enjoy smart sun protection with...