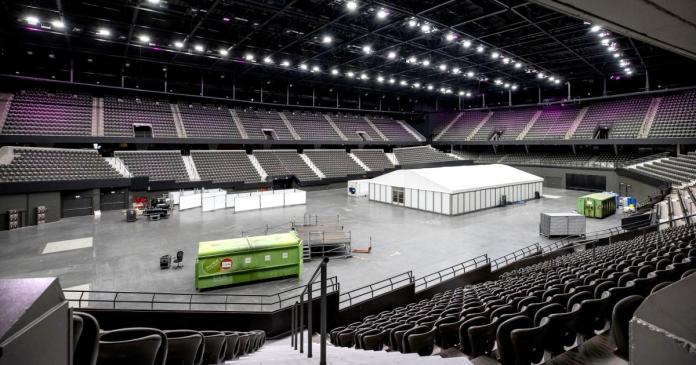 The exclusion of Belarus from the Eurovision Song Contest (ESC) in May met with heavy criticism in Minsk. “The decision to exclude us is politically motivated,” said the head of the National State Television and Radio Corporation of Belarus, Ivan Ejsmont, on Saturday night, according to the state agency Belta. Those responsible for the ESC were put under pressure by “politicians and haters in social networks”.

Belarus had sent the band Galasy ZMesta into the race. It had now gone down in history, said Ejsmont. The European Broadcasting Union (EBU) announced on Friday evening that the second song submitted by the group also did not meet the ESC rules. These should ensure “that competition is not instrumentalized or discredited”. The former Soviet republic will therefore not be admitted to this year’s ESC.
With the first song there were complaints because the song with lines like “I will teach you to dance to the melody” mocked the protest movement against long-term ruler Alexander Lukashenko in the eyes of many people. In the case of the second song, the European Broadcasting Union only gave general reasons why it did not see it compatible with its own rules.
The band itself was horrified and spoke of an “absolute disgrace”. “ESC friends, it was a great pleasure for us to see this farce. We will continue our work,” said a message in which the ESC was also accused of double standards.
Last year there were mass protests against Lukashenko for months after the presidential election on August 9, which was widely considered to be falsified. The head of state, criticized as the “last dictator in Europe”, was declared the winner again after 26 years in power with 80.1 percent of the vote. The EU no longer recognizes him as president. Tens of thousands of people were arrested. Many of them criticized massive police violence.

Berlin researchers reconstruct the route of the coronavirus into the brain

Amazon is probably working on the start of its own “Digital...

Lack of sleep increases the risk of Covid-19