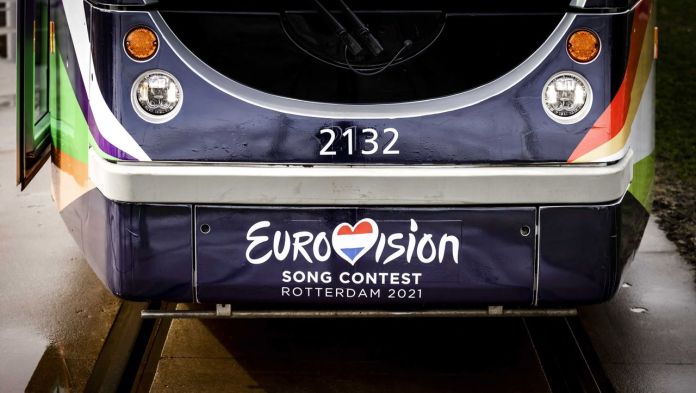 Belarus was excluded from the Eurovision Song Contest (ESC) in May. That was decided by the European Broadcasting Union, as it announced on Friday evening. The newly submitted song also violates the ESC rules, which ensure “that the competition is not instrumentalized or discredited”. The state broadcasting company of Belarus failed to “submit an eligible contribution within the extended deadline,” it said.
Most recently, the song »Ya Nauchu Tebya (I’ll Teach You) was submitted by the band Galasy ZMesta, which had published titles in the past that made fun of the protests against the Belarusian President Alexander Lukashenko. The contribution, which the Belarusian broadcaster BTRC submitted without a public preliminary decision, has song lines in the chorus that can be translated as follows: »I will teach you to dance to the melody (…) I will teach you the line to follow. You will be satisfied and happy with everything «.

The second song was also collected

The election sparked indignation among the opposition, critics feared that appearing in an international competition with this song could justify the violent suppression of the protests against Lukashenko after the election in August.

The ESC organizers complained about this song that in its current form it »questions the non-political character of the competition« – and threatened disqualification. Belarus submitted a new song by the band after the criticism, which has now also been collected by the ESC officials.

After the presidential election in August there were mass protests in Belarus against the ruler Alexander Lukashenko for weeks. Tens of thousands of people were arrested. The opposition accuses the head of state, who has been in power for 26 years, with electoral fraud; the EU does not recognize Lukashenko’s officially announced re-election. Will Trump be deposed? | DiePresse.com

Health Senator Kalayci: Federal government does not deliver a vaccine to...

DSW list: These are the biggest destroyers of capital