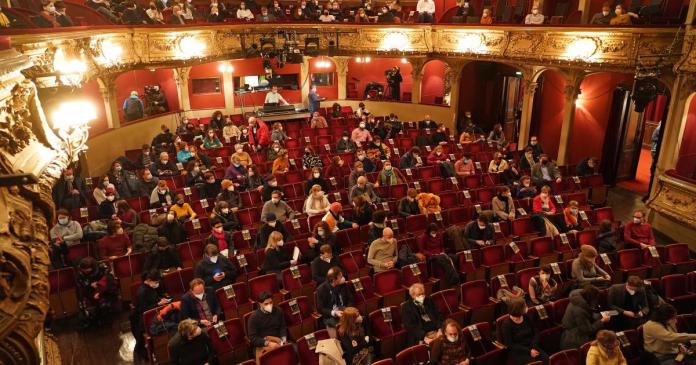 Berlin’s Senator for Culture Klaus Lederer has drawn an initial conclusion on the pilot project for several stages. At the weekend, the Philharmoniker and the Berliner Ensemble played in front of an audience for the first time. The viewers had to go to the corona test in advance. “The testing went smoothly,” said the left-wing politician Lederer on Wednesday rbb info radio.

There were no waiting times, the results were there in the agreed time. The people participated, wore masks all the time and kept their distances. “That worked well,” said Lederer.

You would of course already know the first deficits. One must think in perspective – if the Robert Koch Institute says that vaccinated people are no longer contagious – how one can set up an extra process for people. “We are still missing a digital interface,” said Lederer. In addition, at some point they wanted to integrate other test stations in the city.

Until January 10th: The hard lockdown begins throughout Germany