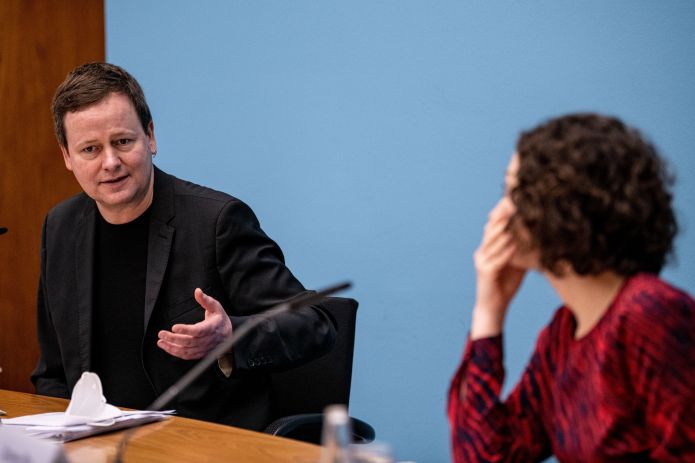 Berlin – At a special meeting on Thursday (2 p.m.), the Berlin Senate will advise on how to proceed in the corona pandemic. The main question is which easing of the corona measures will be possible in the future under what conditions – in view of the recent increase in the number of infections in Berlin on the one hand and the foreseeable greater possibilities for the use of corona vaccines and rapid tests on the other. The federal and state governments also dealt with these issues on Wednesday at a switch with Chancellor Angela Merkel (CDU), which began in the afternoon.

Recently, calls from businesses, among others, had become louder to at least partially withdraw the pandemic-related restrictions. Large parts of Berlin’s retail trade have been closed since mid-December. Restaurants, museums, cinemas, theaters, leisure and sports facilities have not been allowed to open since the beginning of November.

Berlin’s Governing Mayor Michael Müller (SPD) has spoken out in favor of a step-by-step plan several times. This is intended to determine which loosening steps are possible for which infection processes, not only depending on the number of new infections per 100,000 inhabitants within seven days, but also on other factors such as the stability of the number of infections. However, rapid loosening on a large scale is not to be expected.

The Berlin hairdressing salons have only been allowed to reopen on Monday. The gradual opening of schools in the capital began on February 22nd. Since then, the children in the first three grades have at least partially been back to school, alternating with digital learning at home and in smaller study groups. The education administration announced on Tuesday that from March 9th the 4th to 6th grades will again receive alternating lessons and the daycare centers should be open to all children again.

Will we soon no longer need coins and chips for shopping...

The co-op puzzle adventure “We Were Here” is now available for...

Lidl: Customer discovers a secret function on the freezer shelf