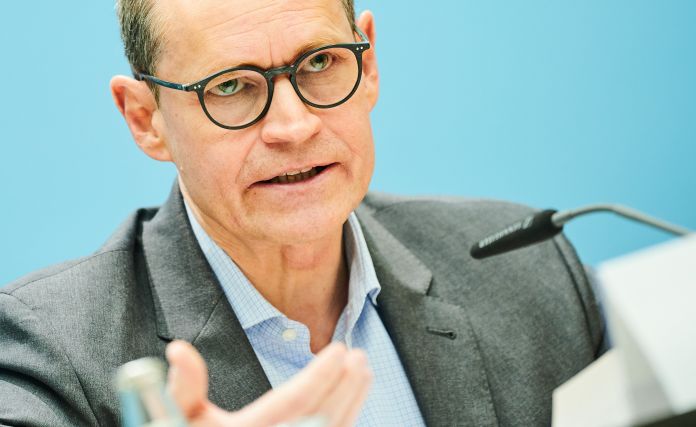 Berlin – The Berlin Senate met in the afternoon for a special meeting to discuss how to proceed in the pandemic.

After the resolutions at the beginning of the month, some easing should actually be reversed in the capital, as the incidence has been over 100 infections across the city for a few days within seven days per 100,000 inhabitants. If this value is exceeded for three days, the so-called emergency brake actually comes into force. In concrete terms, this means that loosening such as openings in retail stores, cosmetic institutes, museums and galleries would have to be reversed.

The governing mayor Michael Müller (SPD) already stated in his government statement on Thursday that he does not tend to take back the freedoms that have just been won. However, he had also stated several times that the increasing number of cases was cause for concern. It is quite possible that there will be at least a further tightened mask requirement and further hygiene measures for shops.

In view of the increasing number of infections, no further easing is to be expected. Berlin has already extended the lockdown that still exists until April 24th.

Easter in Berlin: who can meet with whom?

Müller announced on Thursday that companies would be obliged to offer more tests for their employees who do not work at home. In addition, Müller announced an obligation for companies to make more home office offers. He had said on Thursday that it was not understandable that schools had to offer alternating lessons, but that the possibility of alternating shifts was not even checked in the companies. According to participants, the senators are discussing a submission from Social Senator Elke Breitenbach (left), according to which changing models and home office should be made mandatory.

SPD health politician: We have to go into lockdown over Easter

In the opinion of the health policy spokesman for the SPD parliamentary group, Thomas Isenberg, there is no getting around the previous easing. “In the light of the massive third wave, the emergency brake must be pulled in Berlin,” he demanded before the Senate meeting. “Not to do that would be ignorant. There is nothing to be glossed over. “

The CDU parliamentary group called on the Senate to provide the Berlin economy with corona tests from its own stocks at cost price. Because an obligation to test offers presents many companies with enormous challenges in view of the difficult procurement situation – organizationally as well as financially.

That is why the euro gives up some of its profits...

Werder Bremen equips Woltemade with a professional contract: One of the...

German influencer has a QR code tattooed on her forehead –...