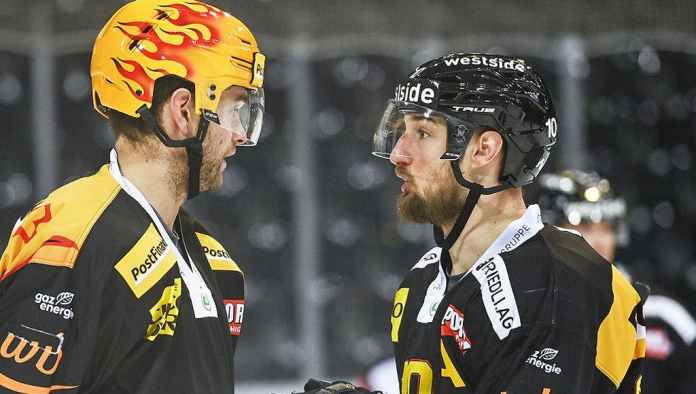 Lugano beats Ambri on the 47th day of the National League in a turbulent Ticino derby, Bern scores at least one point against the Lions and Zug wins in Langnau in extremis.

Ambri-Piotta also loses the sixth derby this season against Lugano – and in an extremely annoying way. With three goals in the last three minutes, the form-strong Bianconeri come to a 6-4 victory. The decisive 5: 4 is an own goal when a penalty against Lugano is indicated and Ambri goalie Damiano Ciaccio has left the box.

The seventh win in a row for Lugano, which thus consolidated its 2nd place, belongs to the happy category. In the middle third, Ambri had turned a 0: 2 and took a 4: 3 lead. This lasted until three minutes before the end.

The three points could have put the Leventines in a good position for the playoff qualification. Now the duel on Saturday at home against Rapperswil-Jona, who is three points ahead of them, is the last chance in the race for 10th place.

Bern loses, but gets a point against the Lions

You could feel that there was a lot going on for Bern and the ZSC Lions. In the end, the Zurich team won 3-2 after a penalty shoot-out. The ZSC took the lead in the sixth minute – Denis Hollenstein scored his 21st goal in the current championship.

However, the Bernese turned the game in the meantime thanks to goals from Inti Pestoni (25th) and Vincent Praplan (55th), who scored in the power play. However, the 2: 1 only lasted for 48 seconds, then ZSC defender Tim Berni equalized to 2: 2 (56th). In the penalty shootout, Hollenstein, Sven Andrighetto and Roman Wick were successful on the part of the guests, while only Pestoni succeeded in the SCB.

73 points separated the leader Zug and the battered bottom of the table SCL Tigers before the direct duel on Friday, but the conditions on the ice were anything but clear. The Emmentaler even took the lead 4: 3 (53rd) after a 0: 3 (40th), but in the end the favorite won 5-4.

In the 58th minute, EVZ goalkeeper Leonardo Genoni replaced with a sixth field player, eleven seconds later Jan Kovar equalized to 4: 4 (59th). Another 39 seconds later, Dario Simion, who had already scored 2-0 (29th), scored the winning goal for the guests. Thus, the Zugers won for the eighth time in a row against the Langnauer, for the sixth time this season.

The Rapperswil-Jona Lakers caught up 2-0 in their home game against Davos, but in the end it was the same as ever: The Bündner won the seventh duel of the season 4-2.

The games on Friday evening

Silvia of Sweden: skiing accident – she had to go to...

This trend is driving up the horsepower figures for new cars

Corona live: “The vaccination will not affect the epidemic for the...

In addition, the economy insists on easing the corona crisis

Will Joachim Llambi confirm the love comeback with his wife?

Germany: Despite winter fairy tales, no rush in the Thuringian Forest...