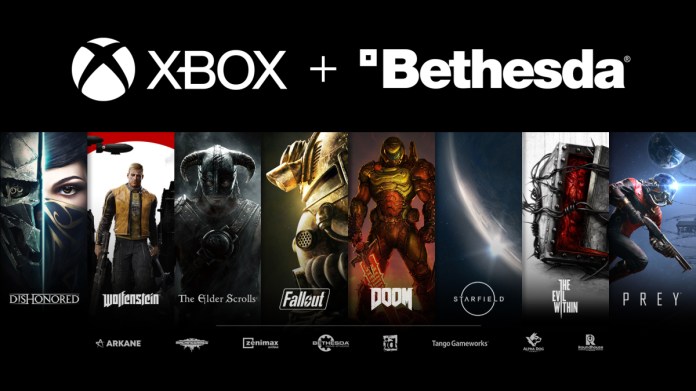 During the course of the day, we reported that Microsoft’s takeover of ZeniMax Media (including Bethesda) was on the dry side. Both the US authorities as well as the European Commission gave the green light. And it seems Microsoft doesn’t want to waste any more time. Tweets from Xbox and Jeff Grubb suggest we will hear on Thursday what happens after the takeover.

Xbox’s UK arm tweeted a series of events happening this week. These include XboxOn streams for “Call of Duty Warzone”, “Football Manager 2021”, “Sea of ​​Thieves” and “The Elder Scroll 5 Skyrim”. The stream scheduled for Thursday is more interesting, the details of which are still to be revealed.

The tweet posted by Jeff Grubb fits in with this. In it he lets you take a look at the events in the game industry, starting with today’s presentation around “Monster Hunter”. The Summer Game Fest and the E3 Digital Edition will follow later in the year. The first highlight seems to be on Thursday. The schedule for March 11, 2021 says, “What about the Xbox / Bethesda takeover?” Here is the entire list:

Both tweets suggest something will happen on Thursday. At the same time, however, the rumor arose that initially only the details of the partnership would be discussed instead of presenting new games. These are likely to be on the digital E3 2021 consequences. This means that as part of the announcement we may receive a confirmation as to whether or not future Bethesda games will appear on the PS5.

Further messages about the takeover:

With the 7.5 billion dollar purchase, it is not only Bethesda that will become the property of the Redmond-based company. The “Dishonored” developer Arkane, the “Wolfenstein” studio MachineGames, the “Doom” maker id Software and the “The Evil Within” studio Tango Gameworks are also involved. You can find more information about Bethesda in our topic overview.

Update: Microsoft just released a trailer confirming the completion of the acquisition. The Redmond-based company welcomes the new studios with the clip in the Xbox family.

Update 2: It’s getting messy. In the meantime the rumor arose that there will (also?) Be a presentation next Friday – either as a video or as a blog post:

Update 3: Jeff Grubb posed in a report It is clear that the Microsoft / Bethesda event on March 11, 2021 will address the effects of the takeover on the Xbox Game Pass. In this context, Microsoft will announce which Bethesda games will soon make it into the Game Pass. You shouldn’t hope for any news about “Starfield”.

In addition, Microsoft and Bethesda are reportedly planning to merge their summer showcases. In making this statement, Jeff Grubb is referring to people who are familiar with the plans.

These are Berlin babies with a unique first name – BZ...

Livestream report on the planned landing on Mars

Little runaway (11) makes his way across Germany to his girlfriend