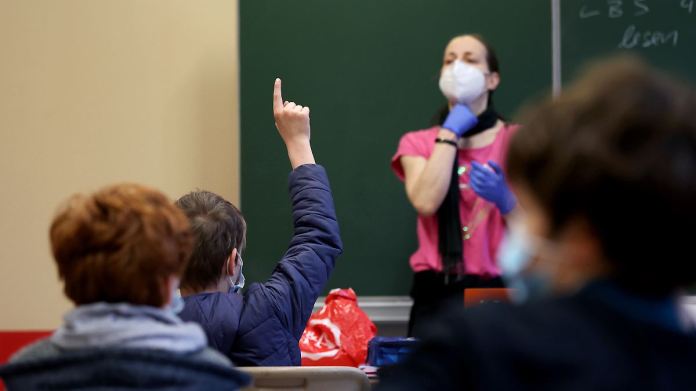 Between presence and change
Countries are planning school openings

Parents can now sing a song about the joys of homeschooling. But most of the students should be back in their classrooms before the Easter break. Some federal states are already making concrete preparations for this, others are still hesitating.
After the last talks between the Prime Minister and Chancellor Angela Merkel, there are increasing signs that schoolchildren across Germany could go back to school before the Easter break. The President of the Conference of Ministers of Education, Britta Ernst, told the editorial network Germany: “In the Conference of Ministers of Education we are in agreement: We want all pupils to go to school again in March – even if it will usually first be alternating classes.” Brandenburg’s Minister of Education emphasized that alternating lessons in particular make it possible to keep distances very well. “Some federal states, in which the incidence values ​​are very low, will also opt for classroom instruction,” added the SPD politician.

North Rhine-Westphalia has already announced that the schools will be completely reopened from March 15. All students should have at least a limited number of face-to-face classes until the beginning of the Easter break on March 29th. No student should be without face-to-face lessons for more than a week. In Berlin, the education administration said on Friday that the opening of the schools for all classes – in alternating lessons and probably also with suspended attendance – would be supported. It is the declared concern of Education Senator Sandra Scheeres to bring the children who are currently still in distance learning back into the classrooms, said a spokesman for the “Tagesspiegel”.

However, this is not viewed so optimistically in all countries. Hessen is not planning any further opening or easing steps in schools until the Easter holidays. This was announced by a spokesman for the Ministry of Culture in Wiesbaden on Friday. The Easter holidays in Hesse last from April 6th to 16th. “After the Easter holidays, if the infection situation allows, we aim to alternate classes from grade 7 and face-to-face classes in constant learning groups for the primary schools.” In this context, the topics of vaccination and testing played a special role for both students and teachers, explained the speaker.

The Ministry of Education in Thuringia also expressed itself cautiously. “Whether everything will work out now in March (…) – that’s glass ball reading,” said a spokesman in Erfurt. “We can’t promise now that all students will go to school in March. But at the same time, we can’t write that off as a goal now either.”

On February 22nd, elementary schools were reopened in ten countries – for alternating operations with half classes that come to school alternately, or full operation with fixed groups, sometimes with mask compulsory even in lessons. In some countries, parents were left free to send their children.

On Tuesday, the education ministers of the federal states agreed to continue opening schools. Ernst emphasized that despite the changed situation due to the virus mutations, one could not wait another several weeks. “The school closings have too high a social price for that,” she emphasized. Children and young people suffered greatly from the restriction of their contacts – not only because of poorer educational opportunities, but also psychologically. “That shouldn’t leave us cold,” said Ernst. “That is why it is clear to me that we not only have to open the primary schools, but also at least have to switch to secondary schools.”

About Christmas: Boris Johnson tightened the lockdown in London because of... 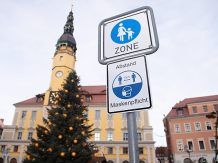 Corona new infections in Germany at a high level – world...