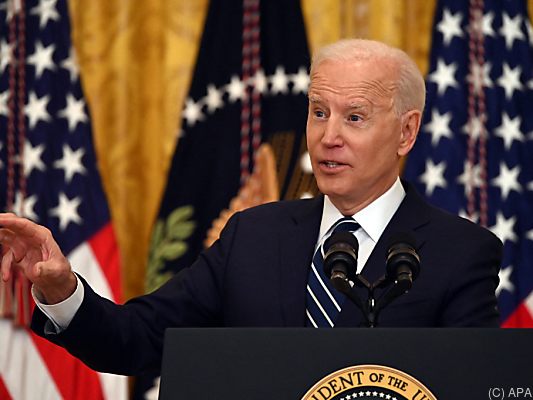 US President Joe Biden wants to hold a major online climate summit with his counterparts from Russia and China. Biden said on Friday afternoon (local time) in Washington that he has not yet spoken to the Kremlin chief Vladimir Putin and the Chinese head of state Xi Jinping. “But they know they’ve been invited.” 40 heads of state and government are expected to take part in the online summit on April 22nd and 23rd.

Biden has made the fight against climate change a top political priority. At the same time, he has announced a sharper pace towards traditional rivals Russia and China. While he was forging an international alliance to contain China, Biden caused a sensation with sharp tones against Putin. He called him a “killer” in a television interview.

In addition to the largest greenhouse gas producers such as the USA, China, Russia and Brazil, the invited states should also include states that are particularly affected by climate change or that have role models in climate policy. US media specifically named Bangladesh, for example, but also Scandinavian countries.

As it was said from the White House, Biden also wants to say concretely at the climate summit by how much the USA wants to reduce its CO2 emissions by 2030. By taking office in January, Biden redeemed an election campaign promise and reversed his predecessor Donald Trump’s exit from the Paris climate agreement. At the same time he appointed former foreign minister and ex-presidential candidate John Kerry as climate protection special envoy.

You can now play Resident Evil 7 with the camera from...

Werder Bremen Transfers: Which goalkeeper is coming? The candidate check!