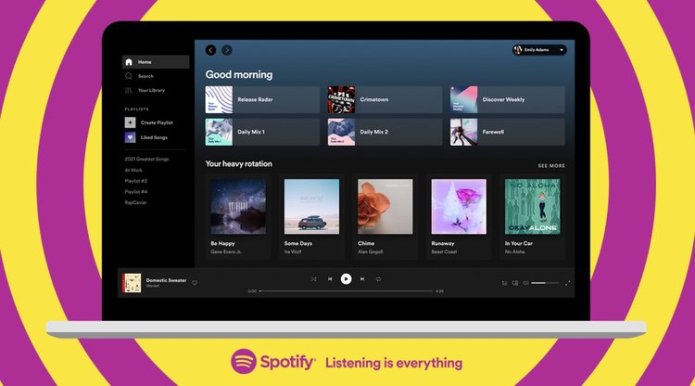 Spotify is one of the most popular music streaming services out there. No matter whether Android, iOS, on the desktop as a program or on the website. The look, on the other hand, is somewhat different everywhere. especially the desktop version differs significantly from the mobile apps for iOS and Android. But that should now change with a major Spotify update.

The provider has announced a major Spotify update in its blog that has fundamentally revised the interface and significantly aligns it with that of the mobile versions. There are also a few other changes.

Spotify Update: Finally something more like the mobile app

The search field is no longer in the status bar, but has slid to the right between “Home” and “Library”. In addition, “Browse” and “Radio” have been moved to the three-point menu in the upper left corner. This makes the look look a bit tidier and is more in line with the mobile version, which should be particularly pleasing to users who switch a lot between the versions.

In the premium version of Spotify, users of mobile phone apps have been able to download songs for a long time in order to listen to them offline, also as playlists. This is finally possible with the new update of the desktop version, as Spotify explain in their message. Adding songs to playlists is also made easier. All you need to do is drag and drop a song onto the playlist. It can be that simple sometimes! 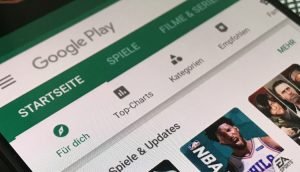 The installation of app updates can take a long time depending on the size. Google would like to tackle this in its own Play Store for Android and provide a special function that could massively accelerate the process.

The new version is already rolling out to Spotify users worldwide. If you are also using the Spotify app for desktop PCs, a manual search for the update could help. However, Spotify states that the update will be distributed to me in batches and that some fans of the service will have to wait for the new functions. But they definitely arrive.

Housing – Frankfurt am Main – Baukindergeld already for over 8000...