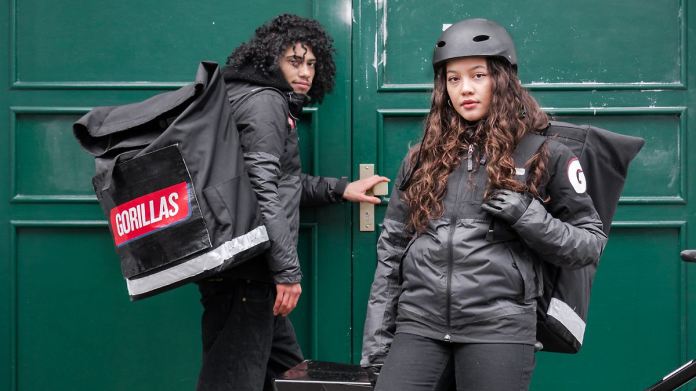 The orders from the lightning delivery service Gorillas reach the customer in ten minutes at the latest. Founder Sümer’s company is setting a similar pace when it comes to company valuation: He and his riders achieve a record rating faster than any other German startup.
The Berlin-based food delivery service startup Gorillas started nine months ago with the promise to deliver purchases made via its app at retail prices to customers within ten minutes of placing the order. In less than a year, the company of founder Kagan Sümer is not only active in twelve cities and has sparked imitators like Flink, but also after a recent financing round it has reached a billion-dollar valuation faster than any other German startup.

The company announced that it had recently collected 244 million euros from investors. The financing round was led by the existing investor Coatue Management. Other investors include DST Global and the Chinese technology group Tencent. Sümer wants to use the fresh money to drive growth and invest in technology and infrastructure. Gorillas’ bicycle couriers in more than 50 cities and ten countries will soon be delivering groceries home in record time.

According to Luis Hanemann from venture capitalist Eventures, Gorillas was twice as lucky with timing. On the one hand, of course, Corona, like all delivery services, also helped gorillas. At the same time, the financing round of over a billion dollars from the US model Gopuff, in which Eventures is invested, showed that the model has potential. “Investors lined up for Gorillas, so you could say that investors came by every ten minutes,” says Hanemann ntv.de. The fear of missing out on a good deal was correspondingly great and drove the rating up.

Gorillas are serious about expansion

From fresh fruit and vegetables to milk, eggs, spreads and bread, the Gorillas range includes many everyday products. Rapid delivery can be met because the starting point for a delivery area is always a warehouse that can be reached by bike within ten minutes. The challenge in the Gorillas business model is that most users only shop for 15 to 30 euros.

The margins including delivery are therefore low. If gorillas manage to reach a critical mass of the population in every city and replace supermarkets with warehouses, the business model could work, according to Robert Lacher from the venture capitalist Visionaries Club. Compared to retail, a lot of costs can be saved. After all, space and rent are about lower, shelves do not have to be cleared and cashiers do not have to be paid. In addition, a warehouse can cover up to 300,000 residents and several million deliveries per month. There is one catch, however: In the country, the “super-fast delivery service” model will be difficult to implement.

The fact that Gorillas is serious about expansion also shows: According to information from “Gründerszene”, the lightning delivery service is now opening at least one new warehouse per week and more than 250 jobs are advertised on the website. Founder Sümer is said to be a passionate cyclist himself, to test the traffic and routes before moving to new parts of the city. “I have seldom seen a manager on a bike who makes deliveries himself for days in order to fully penetrate the customer experience and the processes himself. That is often delegated and is exactly the mistake,” says Lacher ntv.de. His experience as a consultant and at Rocket Internet also help him to turn gorillas into a successful company.

With the new financing round, according to information from the “Handelsblatt”, Sümer also wants to distribute almost one million euros in bonuses to the drivers. The founder pays his employees an hourly wage of 10.50 plus tip. That corresponds to one euro more than the legally prescribed minimum wage. In addition, there is a surcharge for the internet fees of 15 euros. Gorillas also provides its drivers with e-bikes.

When it got bitterly cold and snowed in Germany at the beginning of the year, the 10-minute delivery service said it had ceased operations for security reasons. According to an initiative by couriers from the startup who complained about the working conditions on Twitter, this should not have happened out of understanding for the difficult working conditions, but because the drivers refused to go shopping. Gorillas has denied this allegation.

According to Lacher, the food market in Europe is just under two trillion euros. Of this, 200 billion will be implemented online by 2025. “Theoretically, a supermarket no longer has a right to exist if gorillas function as a model and people order smaller shopping baskets at higher intervals as needed,” says Lacher. In his opinion, there are seldom such large markets in which existing sales can be completely turned upside down in such a short time. “If you use the momentum and have capital in hand, you have a good chance of winning the game.”

And the competition never sleeps. Flink only launched in Germany at the beginning of the year – and has recently already collected 43 million euros from investors. Similar to a few years ago with the pizza delivery services, Hanemann von Eventures sees a merciless cutthroat competition and a marketing battle for customers in the industry. “I think that one or two of the different players will manage to become profitable in the long term.” But according to Hanemann, the question of profitability does not actually arise for startups in the current market mood, in which the central banks are flooding the markets with money.

Italy ahead of Great Britain in Corona death rate in Europe

Update for the Fire TV Stick could cause problems

Media: Alaba announced its departure from Bayern on Tuesday

The world’s largest timber construction district is to be built in... 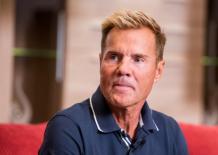