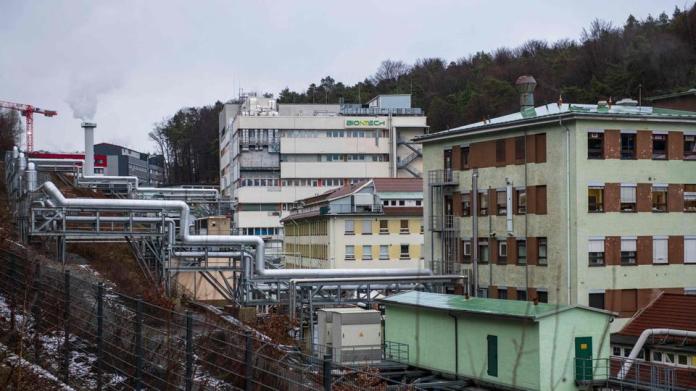 Chancellor Merkel hopes that the Biontech plant in Marburg will bring about a major turning point in the German vaccination campaign against the corona virus. The first vaccines produced there are to be delivered from mid-April.

After the official approval of the new Biontech plant in Marburg by the European Medicines Agency (EMA), the first vaccines produced there will be transported to Belgium for filling in the next few days. As the Mainz company announced on Friday, the corona vaccines finally have to be labeled and packaged.

After these last work steps, which take place in the Pfizer plant in Puurs, final quality tests are then scheduled again, including by the Paul Ehrlich Institute (PEI) and the company’s own control. The delivery of the first vaccines manufactured in Marburg to the vaccination centers is targeted for the second half of April.

Up to 250 million vaccine doses by July

Biontech plans to produce up to 250 million doses of its corona vaccine in the Marburg plant this half year. Once it is fully operational, it could produce up to a billion doses of the vaccine annually. The plant in Central Hesse is thus one of the largest production facilities for mRNA vaccines in the world.

Also on Friday, the EMA decided that the corona vaccine from Biontech / Pfizer can also be temporarily stored at less low temperatures in the future. As the authority announced, the vaccine can be stored for up to two weeks at temperatures between minus 25 and minus 15 degrees and thus in standard pharmaceutical freezers. This should also make vaccination possible by general practitioners.

Until now, long-term storage in special freezers between minus 90 and minus 60 degrees was required for the vaccine, which prevented it from being used in outpatient practices or in poor countries.

Chancellor Angela Merkel (CDU) had already said in the first on Wednesday evening that the vaccination campaign against the coronavirus in Germany would be significantly accelerated with the approval of the vaccine delivery from Marburg.

400 Biontech employees currently work in the plant, 200 of them in production in shifts around the clock, seven days a week.

AfD informant for the protection of the constitution? Party defends...

Is Paris planning a mega team with Sergio Ramos and Lionel... Before the first kiss in the morning: Bachelor Niko asks you...