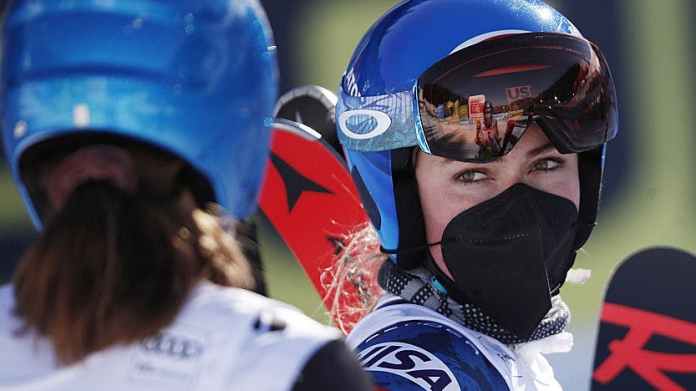 Mikaela Shiffrin was not happy about the circumstances of her missed victory in the giant slalom in Jasna. With statements after the race, the 25-year-old American caused a stir and criticism.

The half-time leader Shiffrin complained about the slope workers after the 70th World Cup victory they had missed and indicated that they had given Slovak rival Petra Vlhova an advantage. “That was a bit ridiculous,” she said, speaking of “unprofessional behavior”. Vlhova won her home race, Shiffrin finished third. The American was then accused on the Internet of being a bad loser.

Specifically, it was about the moments before Shiffrin started the second round. As the fastest of the first run, she was the last rider in the final. Vlhova had set a fastest time immediately before, but damaged a goal in the process. Then it took a long time for the piste crew to replace this gate – Shiffrin had to wait almost four minutes at the start before they started.

Vlhova triumphs in Jasna ahead of Robinson and Shiffrin

The exceptional athlete later made it clear on social networks that her criticism did not mean to diminish the performance of Vlhova, who also deserved the success. She also has to chalk herself up if she doesn’t stay cool. “I have to learn to cope with such situations better,” wrote the American.

So it goes with the development

FFP2 masks partly out of stock in drugstores – prices probably...

Stuttgart 21: Stay up top are pushing for an answer from...

ICEHL: Vienna Capitals win in Linz – the votes for the...